The first thing we’d do with a time-traveling DeLorean DMC-12—being careful to follow the rules of time travel—is revisit four years ago and nudge the National Highway Traffic Safety Administration (NHTSA) to finalize all the bureaucracy associated with the Low Volume Motor Vehicle Manufacturers Act of 2015, which would allow the production of new DeLoreans.

In 2016, NHTSA was supposed to publish a final set of rules that would allow replica and kit-car makers such as DeLorean Motor Company (DMC)—same name, different outfit—to build replicas of treasured cars like the original DMC-12. Had that happened, 2017 would have welcomed the rebirth of the gull-winged, stainless-steel coupe made famous by Back to the Future with an updated version sold through a nationwide dealer network.

That still hasn’t happened. NHTSA’s rules are in regulatory purgatory, stuck somewhere between mostly finished and published. “They say, ‘Any day now, any day now, any day now,'” DMC vice president James Espey said. It’s a disheartening refrain in Humble, Texas, where DMC is based. Espey says they’ve spent millions on the project and still have no idea when they’ll be able to hit the market.

Even if “when” turned out to be “now,” Espey said it would take close to 18 months before the first new DMC-12 exited the factory gate.

The boutique-car industry, with help from the Specialty Equipment Market Association (SEMA), has worked for years on rules allowing companies to sell vehicles with their engines already installed. The hiccup has been that, according to NHTSA, a company that installs the engine in a production chassis for sale is considered an automaker, and automakers must conform to modern safety rules governing items like headlights, seat belts, and crash worthiness, not to mention EPA compliance. The 2015 legislation was supposed to be the gateway for companies like DMC (DeLoreans), Caterham (Lotus Sevens), Factory Five (Shelby Cobras), and Superformance (more Cobras) to offer actual turnkey cars.

To qualify, replica companies can only build copies of vehicles that are at least 25 years old, so it would be impossible to apply today’s safety statutes without redesigning the original vehicle. The legal workaround at the federal level would create a category called Low Volume Vehicle Manufacturers (LVVM) and carve out certain exemptions from current regulations. The LVVMs would be permitted to sell 500 examples in the United States and no more than 5000 worldwide.

Expecting to be able to sell cars by early 2017, DMC and others began spending on their vehicle programs. DMC opened up pre-order interest applications for the new DeLorean in October 2016.

“Lo and behold,” Espey said, “within a couple of weeks after the suit was filed here comes this 80- or 90-page proposed rulemaking, which they obviously didn’t just make in two weeks. Somebody had been working on it; they’d just been sitting on it.” In December 2019 NHTSA issued its proposed regulations, made official in the Federal Register in January 2020. During the 30-day comment period, NHTSA received 23 replies from hopeful manufacturers like DMC, Callaway Performance, and Russ Nomore Streetrods, foreign manufacturers like Morgan and Caterham, suppliers like Edelbrock, and organizations like the National Automobile Dealers Association. The consensus was that the draft was a good first step, with a few hitches. “If you read this proposed rulemaking,” Espey said, “now they’re splitting hairs on what is the definition of a replica.”

For example, California’s rules gave replica makers some leeway, the state’s regulations allowing a 10-percent variance between the replica and the original in most dimensions and trim. NHTSA’s proposed ruling, however, wants “the replica vehicles to have the same height, width, and length of original,” and “the same body styling, shape, and exterior features.” As Caterham pointed out, changing the dimensions of the rear license plate light on a Caterham 7 could put the car afoul of the proposed ruling.

SEMA worked with low-volume manufacturers on a cohesive response, seeking refinements in two primary ways: asking NHTSA to be more forgiving about dimensions and trim and to forgo policing intellectual property rights. A third quibble concerns equipment such as lights. Should replica headlights satisfy modern standards or those that applied when the original vehicle was built?

Since none of the comments requested wholesale changes, only clarifications, it should have been easy to draft final rules.

Enter COVID-19 and the global shutdown, on top of the agency’s ongoing matters, such as the Takata airbag-inflator recall and wrestling with autonomous-driving safety guidelines. Also, NHTSA hasn’t had a permanent administrator since Mark Rosekind left the agency in January 2017.

“Low-volume manufacturing was pretty far down on their list of things to do, I think,” Espey said, “especially with no director telling them what to do.”

We contacted NHTSA with questions about the delay, and the agency hasn’t responded. We asked Stuart Gosswein, SEMA’s senior director of federal government affairs, what he’s heard. “They say that they have a lot of things on their plate,” he said. And there’s even more now with a new administration come January, one that will bring new staff and possibly new priorities.

SEMA is reluctant to go back to court. “We don’t want to sue federal agencies. We just want the program up and running,” Gosswein said. “We have wanted to work with regulators. That has always been our mission as an industry trade association … and we have been available to them.”

Meanwhile, the work continues at DMC. One of the biggest hurdles for DMC—once NHTSA finalizes everything—will be finding an engine that complies with the law. Engines must pass EPA emissions standards, and getting an engine certified isn’t cheap, so it’s no surprise DMC has struggled to nail-down its final production engine. A 350-hp-plus V-6 from an unnamed supplier was reported to have won the bid, but delays put that relationship in jeopardy. Espey would only say that talks were ongoing. General Motors offers a few crate engines the EPA has approved, and we like the idea of a small-block-powered DMC-12.

The bittersweet truth is that whenever the updated DMC-12 rides again, it will have been improved because of this intermission. “We’ve got so much cool stuff,” Espey said, “that is in development or stuff that we’ve been able to develop [while] we’re waiting for NHTSA.”

He is, however, ready for that wait to end. 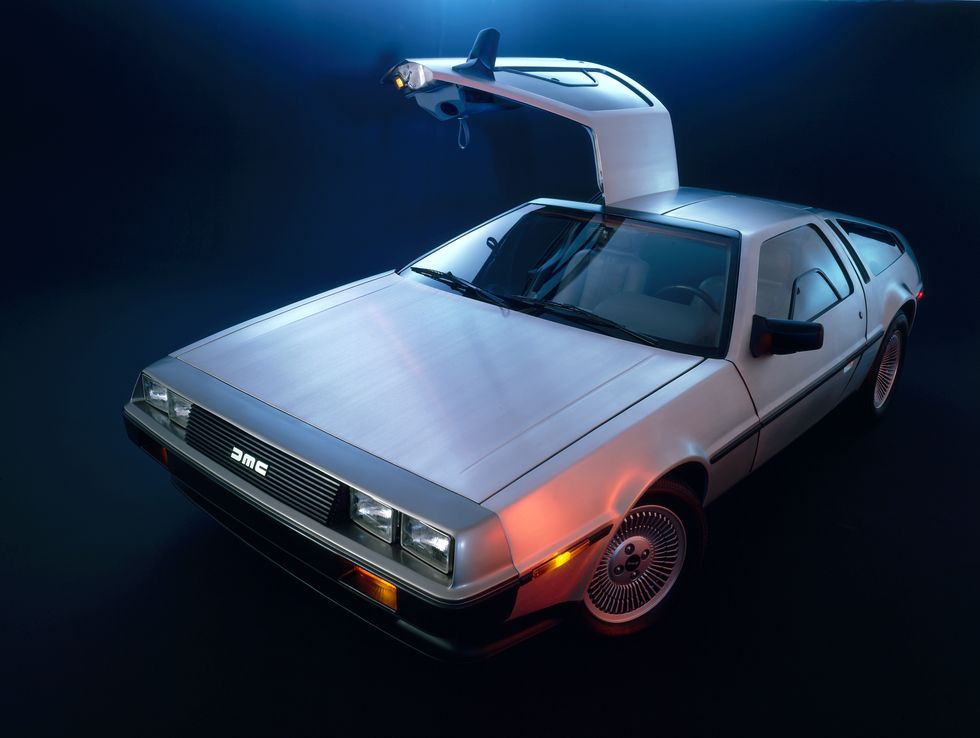