October’s issue includes our annual 20 Questions feature. You can find this and 19 other questions–and answers–there.

It’s already happening. As user demand for the latest technology and connectivity barrels ahead, manufacturers’ development cycles have struggled to keep pace. And automakers were never great at developing their own infotainment systems, anyway.

The flashy tablet-size screens that have become the centerpieces of automotive interior design are now responsible for handling not only basic radio and navigation functions but also HVAC controls, vehicle settings, and even video streaming. Manufacturers were reluctant at first to give third parties the keys to the castle, but as computing loads have grown, automakers have enlisted the help of tech conglomerates.

Operating systems supplied by big names such as Android, BlackBerry, and Linux run in the background and handle the heavy lifting. BlackBerry’s automotive software platform, for instance, is embedded in more than 175 million vehicles made by more than a dozen brands, including Audi, Ford, Hyundai, Porsche, and Toyota.

The software can be configured to meet specific needs and be re-skinned to appear as desired, so it won’t be obvious that an OEM has outsourced this work. And as the tech progresses, over-the-air updates are likely to become more prevalent to allow the interfaces to adapt to what’s next. The Polestar 2, which uses an infotainment system provided by Google that functions like an Android-based smartphone. It’s the first to do so but certainly won’t be the last. 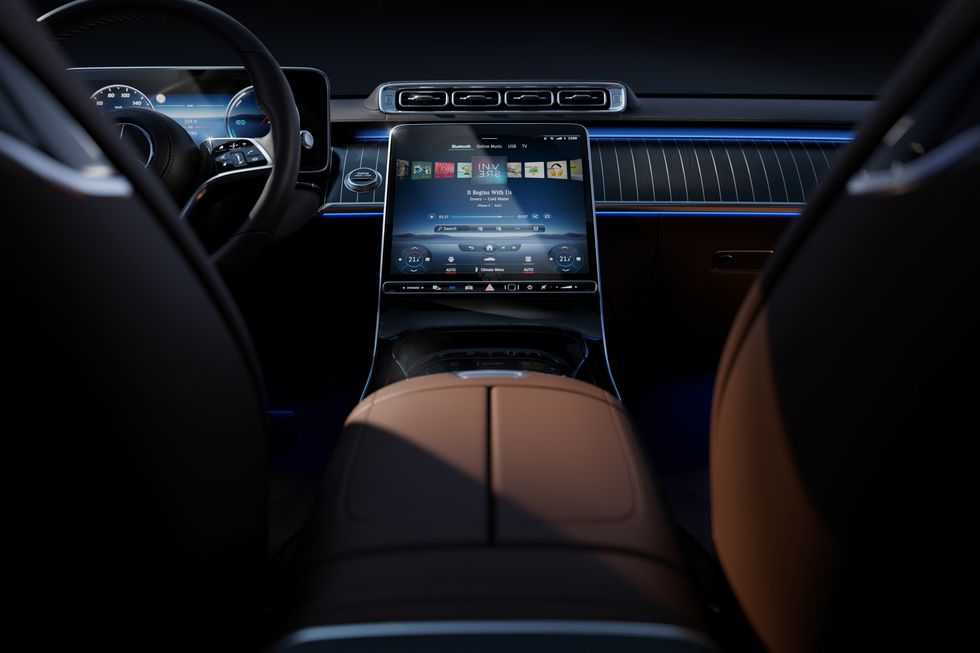