Illustration by Tavis CoburnCar and Driver

From the November 2020 issue of Car and Driver.

I have a confession to make: I learned to drive in my mom’s 2006 To­yota Prius, and instead of painting the high-school parking lot with burnouts, I spent my teenage years browsing Prius forums and practicing various tricks for maximizing mpg. There are more efficient cars that would stretch my final gallon of gas over a longer distance, but I’d want my last fling with internal combustion to end the same way it started. And I was sure that my hyper­miling expertise would come back to me just as easily as remembering how to ride a bike. The Prius I found for the task was hardly an ideal example of a second-gen car, which, I would like to remind you, was named to C/D’s 10Best list in 2004. This one had nearly 150,000 miles on it, possessed only one of four aero-enhancing wheel covers, and smelled distinctly of cat pee. But it ran fine, and the obvious fuel-saving measures—turning off the climate control, closing the windows, and inflating the tires to their max pressure of 44 psi—were still at my disposal.

I set my sights on a state park near Lake Erie in Ohio with few elevation changes between here and there. Yes, the Midwest is flat, but even slight inclines are the enemy of efficiency. The 60-mile journey—not coincidentally—matched the Prius’s original 60-mpg EPA city rating (it was later revised to 48 mpg when the EPA changed its methodology). I was confident I could sail to the shoreline on my 16 cups of regular unleaded.

The Prius doesn’t cooperate at first. Running the tank dry to start from empty has depleted the battery, and the engine is running constantly to recharge it. I need to force the car back into normal hybrid operation. It takes me a minute to remember the trick, but it’s as simple as bringing the car to a stop. With the Prius properly swapping between electric and gas propulsion, I quickly bring the indicated average up to 50 mpg using my muscle memory to modulate the accelerator and brake to minimize engine load and maximize regenerative braking. Avoiding freeways entirely, I create traffic jams on back roads by, well, acting like a typical Prius driver. I pay no mind to the angry honking and keep the car below 42 mph, the speed at which the engine starts to keep one of the electric motors from over-revving. With less than 10 miles to go, I’m averaging an indicated 61 mpg and feel confident I’ll coast into the park on fumes.

Fifty-two miles in, I pull up to a stop sign, comforted by the reassuring whisper of the electric motor. As I gently prod the go pedal, there’s a slight lurch and the car refuses to budge. The in-car trip computer has given me false hope. I won’t get to see the splendors of Lake Erie today. But for 52 miles, I was taken back to my formative years behind the wheel and reminded that it really is possible to have fun driving a Prius. A gallon of gasoline might get you a couple of hot laps in a fast sports car or a few dozen plodding miles in a hybrid. But I’d want more from my last fix of liquid hydrocarbons, something not limited by track boundaries and traffic laws. I want to revel in the raw adventure and excitement made possible by internal combustion. My ride would be powerful yet minimalist, albeit with a roll cage and seatbelts. And it would have lots of suspension travel so I’m not penned in by anything so small as a curb. I’m pouring my last gallon into a side-by-side UTV, such as the Honda Talon 1000R.

Essentially a two-seat exoskeleton with knobby tires and huge Fox dampers, the Talon is designed for off-road fun and little else. Power comes from a 1.0-liter inline-two, and each of its 104 horses moves 14.8 pounds of Honda, a pounds-per-horsepower ratio that’s similar to a Civic Si’s. The run to 60 mph takes about eight seconds, and top speed is 73 mph, which is more exciting than it sounds when you’re threading between thick maple trees. Most side-by-sides come with droning CVTs, but the Talon has a crisp-shifting six-speed dual-clutch automatic with a Sport mode and paddle shifters as well as selectable full-time four-wheel drive with brake-based traction control. Let loose on our local off-road park’s spiderweb of tight trails, the Talon ran for a little over 55 minutes on a gallon of premium and covered 12.1 miles—enough range to reach a secluded hilltop or safely distance a zombie horde. And with a control-arm front and multilink rear suspension good for 17.7 and 20.1 inches of wheel travel, respectively, you don’t need to slow down for much. The 1000R can get airborne easily enough to redefine “tread lightly.”

The $21,939 Talon 1000R isn’t the fastest or sharpest off-road arrow in Honda’s quiver. I’d probably opt for the brand’s shorter and narrower 1000X model for pure trail duty, or I’d pick one of the Talon’s more powerful (although thirstier) turbocharged competitors if speed were the only objective. But the 1000R delivers all the thrills that I want to remember the internal-combustion vehicle by. I want my final taste of gas seared in my brain with my most unforgettable memories: my wedding, the birth of my child, not being asked to the Sadie Hawkins dance in eighth grade. But even the most vivid memories fade with time. Permanent hearing damage will make this moment last forever.

I’ve enlisted a Lexus LC500 convertible with its soulful 5.0-liter V-8 and a Chevy Corvette sprayed in radioactive-yellow paint that’s nearly as loud as its 6.2-liter V-8. Using two naturally aspirated V-8s bolted into cars with roofs that open, I’d turn the final throes of internal combustion into an unholy external racket. We’re going to need a tunnel. I split my gallon of 93 octane between the cars in the shadow of Detroit’s Michigan Central Station. The plan is to make a run under the 350-foot-long railroad overpass and then soft-pedal the cars a couple miles down the highway, which will dump us downtown through a 1000-foot tunnel that passes beneath the convention center where the North American International Auto Show is held. From there, photo assistant Charley Ladd and I can run loops under the building—two tunnel blitzes per lap—until the tanks run dry.

We’re judicious with the throttle, not just because we’re short on fuel, but because speed is the enemy of a good tunnel run. Go too fast and you’ll outrun the engine’s roar and stuff your ears full of wind noise. Plus, the faster you drive, the shorter the tunnel becomes.

Ladd and I glide into the tunnel at a cyclist’s pace in the highest possible gear, then we mat the throttle. A thousand precisely metered explosions unravel into the sweet melody of chaos. The Lexus burbles with pent-up energy that’s released as an air-horn blast when the tach needle crests 3000 rpm. The Corvette’s small-block fills your head with a primal yowl that sounds as if it originated from flesh and blood rather than steel and aluminum. In the longer tunnel, we play the shift paddles as if they were percussion instruments. The engines crack and thunder on upshifts. Then we brake hard and paddle down, converting gasoline into machine-gun snare rolls. Each staccato hit and baritone blare ricochets through this concrete amphitheater and multiplies into a dozen new notes until the tunnel is filled with music.

The Lexus’s V-8 blinks out first after three laps under the convention center and with eight miles on its trip meter. The Corvette makes another two passes before stumbling into a silent slumber. As we splash fuel into the tanks for the drive home, I hear the faint but unmistakable scream of eight cylinders running hard in the distance. It’s either that or the echoes of a phantom V-8 are now bouncing around my skull. 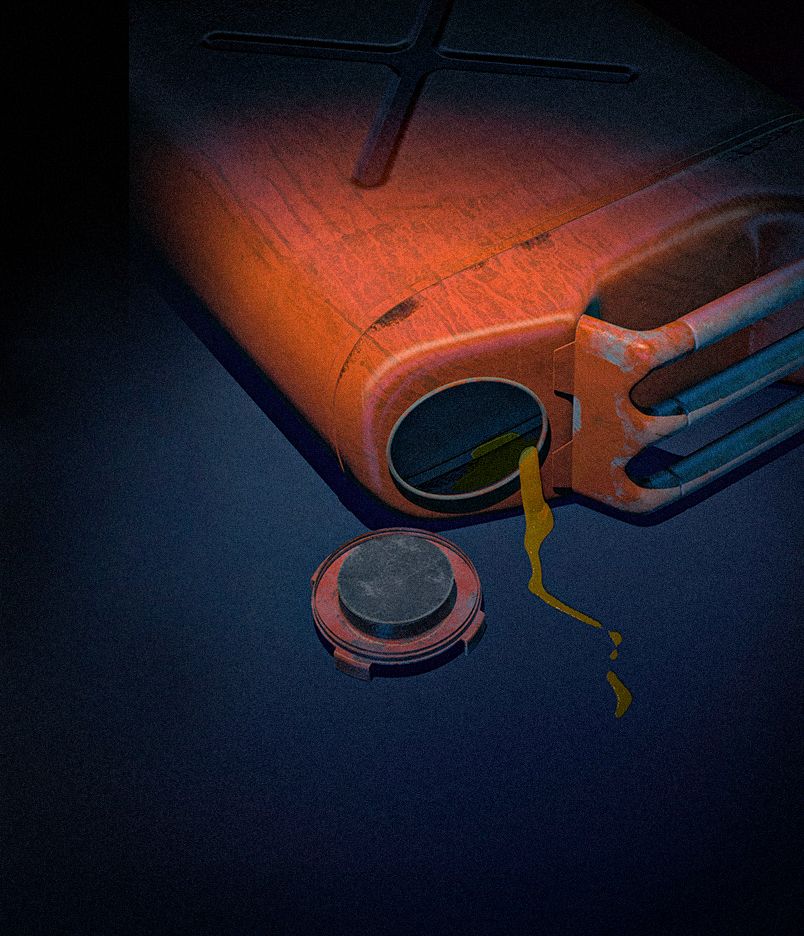