If nothing else, Volvo knows how to get our attention when it comes to safety issues. The latest example is a series of crash tests involving 10 new Volvo vehicles. But, unlike controlled laboratory tests with high-speed cameras and dummies, these tests involved a crane—and cameras, because who doesn’t want to see what happens when cars are dropped from 30 meters (98 feet) in the air?

Volvo didn’t just drop these vehicles to rack up millions of video views. Instead, the tests were done in partnership with first responders in Sweden to learn better how to extract people from a totally damaged vehicle in the shortest possible time. Volvo said dropping the vehicles allowed the engineers to re-create the “most extreme crashes, beyond what can be simulated with ordinary crash testing.” Volvo smashed up modern cars because, it said, first responders who test their tools on cars in junkyards might not be learning best practices. Even though in the U.S. the average age of a car on the road is 12 years, old models aren’t totally representative of the vehicles that may be involved in today’s crashes. In other words, first responders need to understand the difference between how a 2005 Honda Civic, say, and a 2020 Volvo XC40 respond to the jaw of life.

In the extreme situations the falling tests were meant to simulate, vehicle occupants are likely to be in pretty rough shape, and not wasting any time on figuring out how to best open the deformed metal can provide more minutes in the “golden hour,” that short window of time first responders know they have to get people from an accident site to the hospital. But back to the cars falling 100 feet through the air. Volvo says everything it has learned from these crashes and the tests the on-site first responders did with their tools will be put into a report that will be made free to access for other rescue workers, removing the need for others to drop cars from a crane. Until they come up with their own reasoning to do so, anyway. 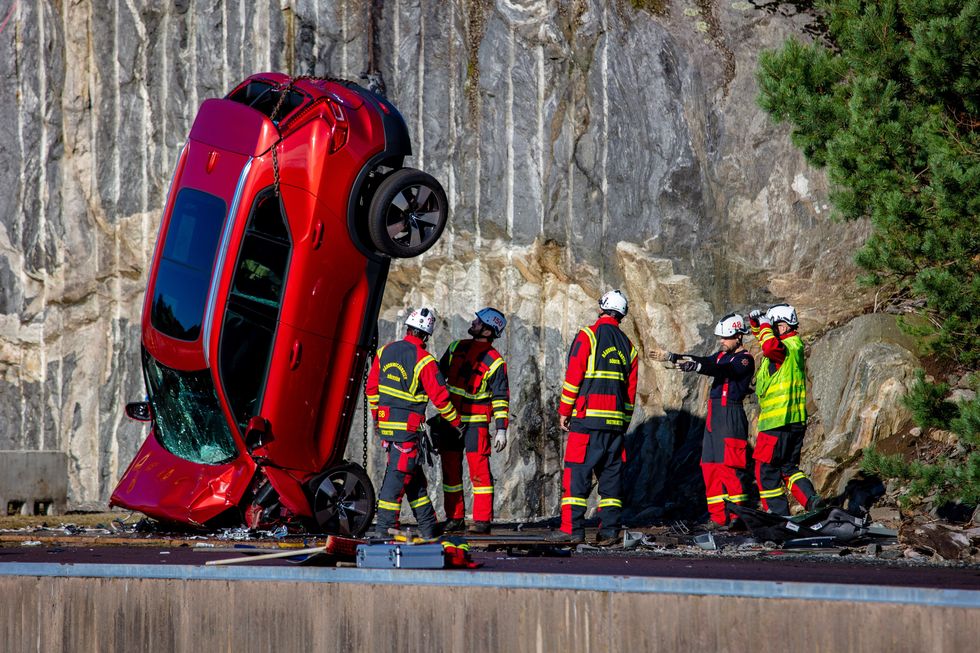