No News is Good News

We can’t be sure, because we’ve turned off our phones and stopped checking our e-mails, but if history is any guide, not much has happened in the world of cars during this Thanksgiving week. But we’d never let a federal holiday get in the way of our ad revenue, so we’ve compiled this retrospective on a year of automotive blessings. We suggest consuming it along with a nice slice of leftover pie.

It goes without saying that any accounting of good fortune at Car and Driver starts with our continued access to new cars. Every job is a job, but we’d be wrong and perhaps even rude not to admit that our jobs are less jobby than most. And as much as we cherish our flings with barely-street-legal supercars, it’s the months-long relationships we enjoy with long-term cars that remind us how lucky we truly are. This year we said goodbye to some incredible cars—the Mercedes-Benz E450 Wagon, which replaced a Mercedes-Benz E400 Wagon that was savaged by a moving truck while parked, the Civic Type R that we all clamored to drive even though we were embarrassed to be seen piloting its giant wing around town—let a crumble of your pie fall to the floor as we pause in memory of these greats. We’d be remiss not to acknowledge the role that VBOX’s testing systems play in our work. Without them, we’d never have known that a software issue allowed us to travel faster in a Nissan Frontier than we did in the 702-hp Ram 1500 TRX, or that despite that embarrassing technicality, the TRX went to 60 mph in a stunning 3.7 seconds. We wouldn’t have been able to compare the results of 65 years of testing and anoint the best-performing cars to ever set tire on our test tracks. We’d also be stuck taking Elon Musk’s word for it that the Tesla Model S’s new Cheetah mode improved performance on repeated accelerations. Thanks to VBOX, we know it’s true.

We’ll admit, it’s tough to look on the bright side these days. But in a year that was unprecedented in all the wrong ways, car culture has provided some solace. A prohibition on indoor gatherings, for instance, doesn’t necessarily stop people from gathering in parking lots to ogle their neighbors’ cars. Or, when that’s not enough, from watching as the owners of those cars do donuts. And in the places where outdoor gatherings are limited, too, car nerds have joined forces with regular nerds to migrate Cars and Coffee events to the Zoomiverse. Better acquaintance with our own indomitable spirits may be the only really good thing about this year. We may never know whether Mary Barra’s somewhat cozy relationship with the Trump administration was a marriage of convenience or a love match, but either way it seems Barra is not willing to risk her company’s future on continued association with the current President. On Monday, Barra sent a letter to environmental leaders announcing that General Motors would withdraw its support from an administration lawsuit that aims to nullify California’s right to set its own emissions regulations. GM’s continued involvement in the lawsuit was getting a little awkward, anyway, what with the company’s plans for an all-electric future. Watch this space to see what fruit is borne from Barra’s inevitable courtship of the Biden administration. 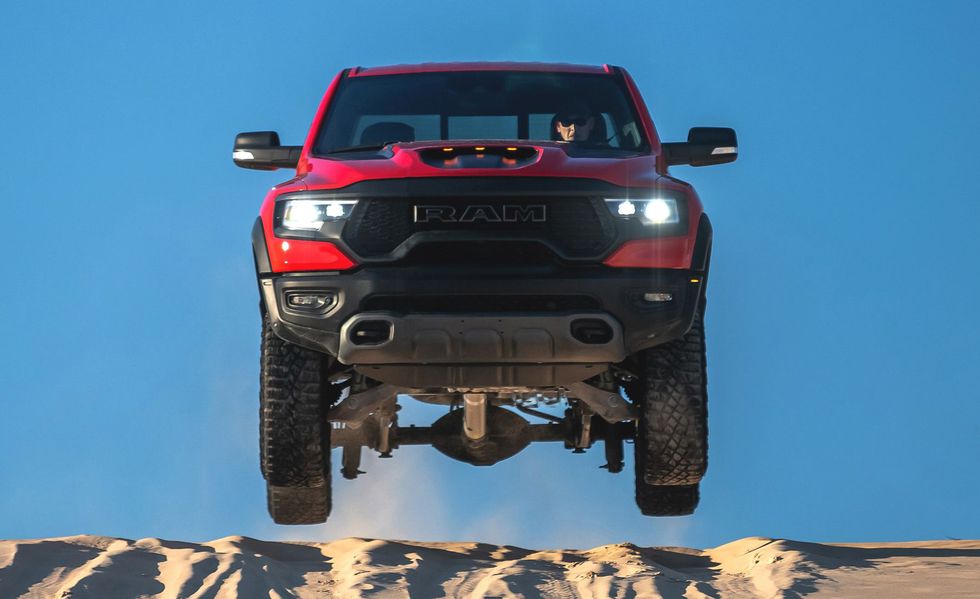