In future vacation news, VW and Greece have entered a preliminary agreement to transition the Greek island of Astypalea to all-electric vehicles and all renewable energy. EVs will replace everything from the private vehicles, buses, and police cars, and there’ll be year-round electric rideshare fleet.

THIS WEEK IN SHEETMETAL

The 2022 Golf R continued the rollout of the Mk 8 generation Volkswagen Golf. The most powerful production Golf ever stuffs a 2.0-liter turbocharged four-cylinder with 315 horsepower and 310 pound-feet of torque under its hood. Those are the same spec as the Europeans get (finally!). It’ll arrive late next year in fully-loaded form only. The only choices buyers will need to make are the color – black, white, or Lapiz Blue Metallic – and transmission, a dual-clutch automatic or a six-speed manual.

The rest of this week’s sheetmetal news is the sheemetal that remained mostly or entirely under wraps. Ferrari put three of its coming attractions on public roads, including the four-door SUV spotted in mule form underneath what appears to be Maserati Levante bodywork. Also in disguise, the Prancing Horse seems to have a new hypercar in the works. That one was spotted lapping at Fiorano under costumed LaFerrari body panels. And the convertible variant of the SF90 Stradale left the Maranello factory having a bad hair day.

In Germany, the rebooted Mercedes-AMG SL took a spin under full camouflage, looking nothing like any SL of yore. The redesigned, next-gen Mercedes C-Class did the same wearing hardly any masking and looking just like the C-Classes of yore.

The new Nissan Navara global pickup showed off a bolder face, and Nissan appears to have slipped a shot of our long overdue, all-new Frontier pickup into the proceedings. Keen eyes noticed that an image projected above Nissan designers sandwiched the coming Frontier between the U.S.-market Titan and new Navara. That image also matches a silhouette in a poster shown during the same presentation, believed to be the Frontier as well.

Chevrolet announced the first of its Connect and Cruise EV powertrain swaps with a 1977 Chevrolet K5 Blazer headed to this year’s virtual SEMA show. A repurposed Chevy Bolt powertrain is at the heart of an e-crate motor package, providing the legendary truck 200 horsepower and 266 lb-ft from a 60-kWh battery. The Bowtie is in talks to partner with GM specialist tuner Lingenfelter on installations.

In the UK, Swindon Powertrain pulled the same trick with its Classic Mini Kit EV powertrain swap for vintage Minis. For ease of installation, the HPD E-motor kit comes mounted in a Mini subframe and spools up 161 peak horsepower (107 continuous horsepower). It costs $11,645, which doesn’t include the price of Swindon’s 12-kWh battery, a shocking $21,051, nor the $5079 motor controller.

AC Cars will build 12 electric Cobras mimicking the racers Carroll Shelby entered in Le Mans in the 1960s. The original aluminum-bodied Cobras were legendary handfuls. The EV versions will outgun them with 617 horsepower and 738 lb-ft, but cost less than the authentic models (if you can find one) at $789,420. Closer to home, Southern California replica purveyor Superformance – which provided the Cobras and GT40s for Ford vs. Ferrari–is prepping its own Cobra EV.

It’s not like top speed records matter for anyone who lives outside of Germany’s unrestricted autobahn. But U.S. hypercar maker SSC said it broke the production car record, then released video of the feat that online sleuths used to debunk SSC’s claim of setting the production car record. SSC followed that with a couple of own-goals trying to defend its effort. Then SSC gave in and now says it’s going to repeat its record-breaking run. Or do it for the first time, depending on how cynical you are.

Massachusetts has just passed a Right to Repair ballot measure that “will bar automakers from denying independent and at-home mechanics access to vehicle diagnostics and information.” It’s a big “Hooray!” for the weekend mechanic stymied by an OEM’s proprietary diagnostic tools and information. iFixit founder Kyle Wiens called the bill “the most advanced Right To Repair law in the world, opening wireless automotive diagnostics and unleashing a world of possible apps.”

At last we have beheld the vision of a flying car that flies – without ungainly, hands-on transformations – in the Klein Vision AirCar.

Will the next-gen Mustang get a 6.8-liter V-8? Ford recently concluded a new labor agreement with Canada’s UNIFOR auto union, and union head Jerry Dias said one of the products slated for production north of the border is a new 6.8-liter V-8 intended for the F-150 and Mustang.

The next Ghostbusters movie has been delayed, but Christmas won’t be. What better way to greet the trio of holiday wraiths than with Lego’s new Ecto-1 kit with 2352 pieces, including a moving ghost sniffer and extendable rear gunner placement.

And now there’s a Tesla Tequila. 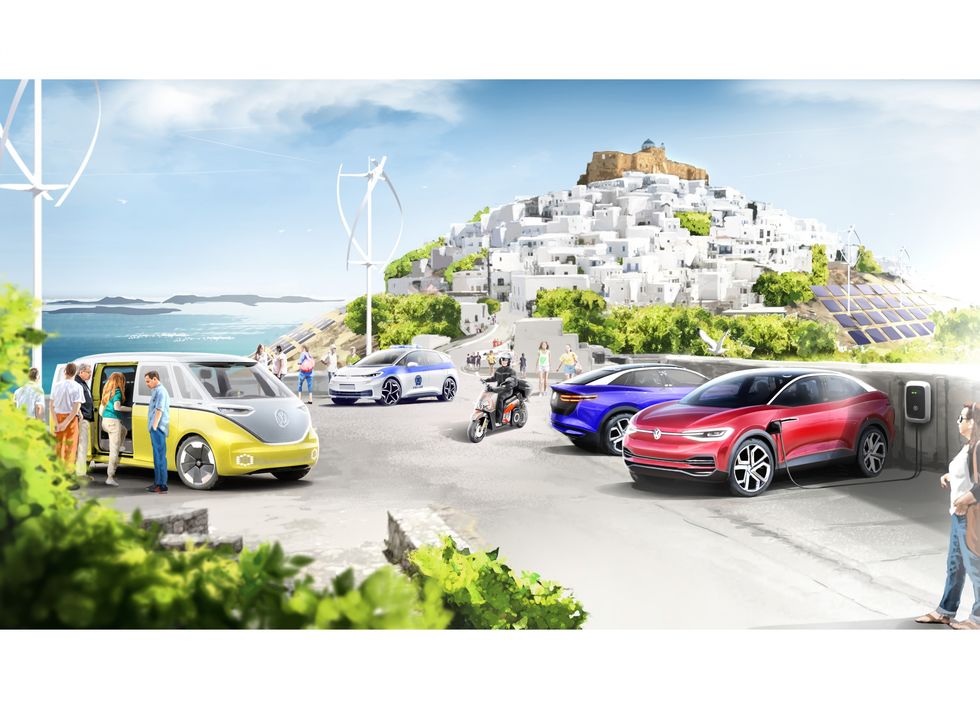