It’s tough to follow a legend. Shemp was an okay Stooge, but he wasn’t Curly. Bad sequels are the rule—Caddyshack II, Blues Brothers 2000, the four too many Die Hards. It’s brutal coming after a winning act. The second generation of anything can be vastly better than the first and still pale in comparison.

In the parking lot downstairs from my office is a Curva Red 2020 Acura NSX. It’s an astonishing car—beautiful, spectacularly well-built, fast, and an absolute blast to drive. In August, a total of three people in the United States bought one. Three. In September, sales more than tripled to 10. By October, things were really humming. Acura moved 22 NSXs. Introduced in 1990, the first-generation NSX is a true classic, one that reset the standards for mid-engine performance machinery. The original NSX’s all-aluminum chassis was innovative, lightweight, and almost impregnable. In the U.S., the NSX was the first Honda product to feature the VTEC variable valve-timing system. And it was built like a Honda.

“The NSX will make a profound change in the market for Eroticars. Because, apart from the near-$60,000 price, there is no hardship to driving this car,” Car and Driver’s Patrick Bedard wrote at the time. “Getting in and out is easy. The ride is fine. There are no bad noises. The climate control works flawlessly. You can have an automatic transmission and power steering if you want.”

It’s not just that the first NSX was wonderful; it also appeared at a time desperate for a car like it. Lotus was still building the archaic Esprit, the C4 Corvette generated big numbers but was haphazardly crude, the Porsche 964-generation 911 was frustratingly antiseptic, and Ferrari’s 348 was an ill-handling dork. So the NSX swamped those competitors in the five-way September 1990 comparison test.

In every measurable way, the current NSX is vastly better than the first one. But in the context of today, it simply isn’t the worldbeater its father was. And that’s in large part because the original NSX forced Ferrari to build better Ferraris, Porsche to build better Porsches, GM to build better Corvettes, and Lotus to, well, struggle.

Second acts are tough even for some simple cars. The 1991–1994 Nissan Sentra SE-R made it onto Car and Driver’s 10Best list every one of those years. “The entire driveline, from an engine that stands out (in a big crowd) with smooth delivery of power to a shifter that finds gears as if by divine guidance, sends the driver who truly loves the act of driving closer to affordable nirvana than he may yet have come,” we wrote in 1991. Nissan stupidly killed the Sentra SE-R in 1995 in favor of reviving the 200SX name on a lackluster machine.

Sometimes it’s the third time that hurts. After two great generations, Honda replaced the brilliant CRX with the who-cares del Sol. Cadillac’s original 1975 Seville was slick and cool, even though it was a redecorated Chevrolet Nova, and the second-generation 1980 Seville was a front-drive atrocity.

On occasion a car is so indelible it can’t be followed up. Chrysler’s PT Cruiser was a hit when it was introduced. Then the company let it rot into a joke and never tried to replace it.

Yeah, the current NSX’s base price is a stout $159,495, but that’s less than that of competitors like the McLaren 570S. It’s not even half the $331,000 Ferrari asks for a 488 Pista. Plenty of current Porsche 911s retail for higher prices. And Acura dealers are known to be generous with discounts on the car. Right now, Acura will reportedly slice $20,000 from the price right off the top.

Some sequels deserve to die ignoble deaths. But the 573-hp, advanced-hybrid, all-wheel-drive, designed-in-the-U.S., built-in-the-U.S. new NSX deserves to be selling in much greater numbers. Like at least 30 a month. 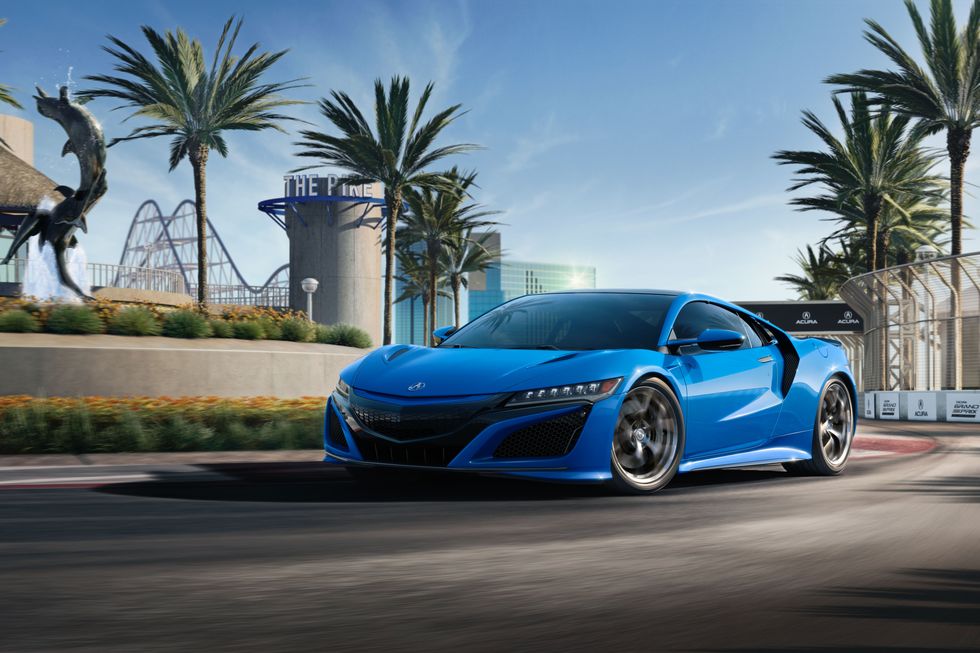