Range is still important to potential EV buyers. At least Tesla seems to thank so. During an interview as part of the European Battery Conference, Tesla CEO Elon Musk said that some of the vehicles in the company’s current lineup could hit more than 430 miles of range and that the company is working on a 621-mile-range vehicle.

“We even have some under development that could do 1000 kilometers [621 miles],” Musk said during a video call about the company’s plans which was focused on the Europe market. The CEO followed up that information by saying that the priority is on bringing down costs of these vehicles. That includes increasing energy density in packs, “so that everyone can afford to buy an electric car.”

The CEO said that the long-term goal would be to bring down the battery pack’s cost per kilowatt-hour. Experts believe that getting battery pack costs down to $100 per kWh would bring the cost of EVs down to gas-powered vehicles’ levels. Tesla also builds its own powertrain, which could give it a leg up over automakers that use off-the-shelf components from suppliers.

Musk has previously talked about bringing a $25,000 EV to market. Making a smaller vehicle is also something the company is thinking about for the Europe market. The Tesla CEO noted how difficult it is to find parking for the Model X in Berlin because of its size.

“In Europe, it would make sense to do a compact car, perhaps a hatchback,” Musk said. While that doesn’t mean a hatchback is definitely coming to Europe, it is a possibility and maybe, just maybe, the United States could get a hot EV hatch from the automaker if enough people hassle Musk on Twitter.

As for the Tesla Semi, Musk said that the company sees “a path over time to 1000 kilometers [621 miles] for a heavy-duty truck.” Musk said that achieving 800 km (427 miles) would be easy to achieve. The trucks are expected to haul 40 tons. “We think this will be compelling to trucking companies,” he said. Like all of these pieces of news, the range relies on high-density battery packs. Of course, to achieve this you need a larger battery, which adds weight. Musk noted that the trucks will initially have to haul approximately an additional ton to achieve their target range. “You are able to carry basically the same cargo as a diesel truck. We think that maybe there’s a one-ton penalty. Maybe. At this point, we think that we can have less than one-ton cargo reduction, and we think long term it’s going to be zero cargo reduction for electric trucks.” 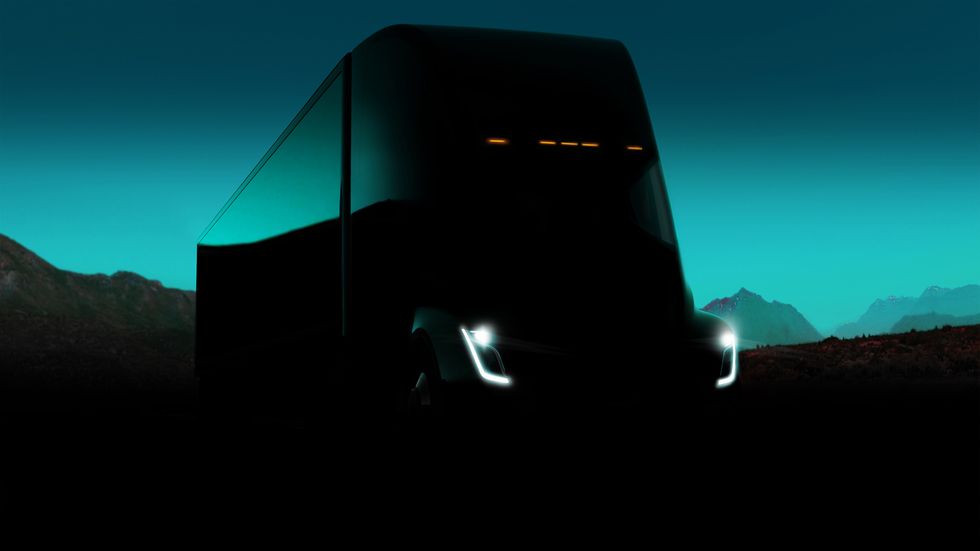