The Subaru BRZ is receiving its first redesign since it was released in 2012, and Subaru is sharing an image of the new rear-wheel-drive sports car’s headlights and a video, which gives a sneak peek at the more powerful engine’s sound ahead of its reveal. The 2022 BRZ will make its full appearance on November 18. Toyota has not shared when the BRZ’s twin, the 86, will be unveiled.

The biggest question about the next-gen BRZ is whether it’ll use turbochargers or not. From rumors circulating, we expect it to use a version of Subaru’s 2.4-liter flat-four, either turbocharged to produce around 260 horsepower or naturally aspirated with around 217 horsepower. Either way, we’re getting a glimpse at what the more powerful BRZ will sound like, and we sure hope it’ll come standard with a manual transmission (#SaveTheManuals).

It’ll also retain a similar shape as the current-generation car, with the majority of the changes in the headlights (pictured above), grille, wheels, taillights, and rear lip spoiler. From what we’re seeing here, and what we’ve conjured up in our renderings, the new front end, as well as the rest of the car, will be a welcome improvement from the car which hasn’t changed much in nearly a decade.

What we think the 2022 Subaru BRZ will look like.

We’ll know more about the 2022 Subaru BRZ in two weeks, including what will be under the hood. It should arrive in the U.S. sometime next year, likely in the second half, with a starting price around $30,000. 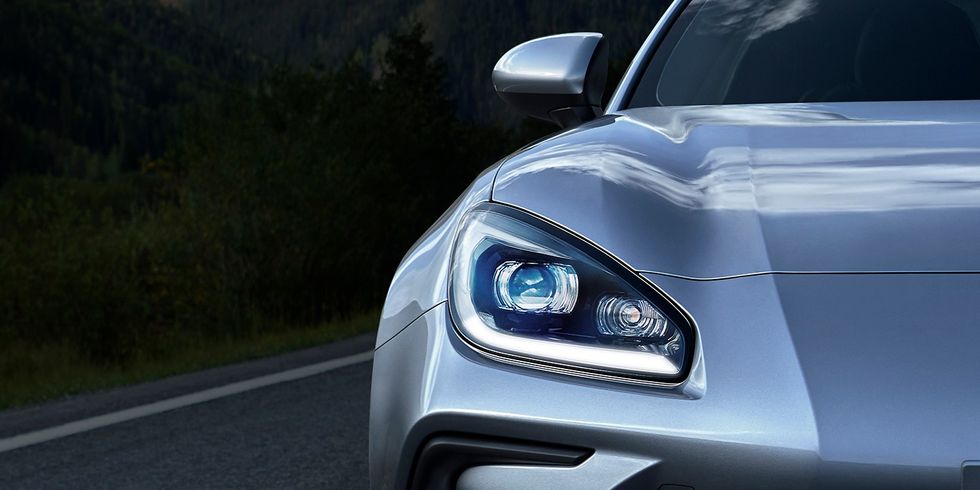