You want something common, like a pickup? Dyer is going to find you the weirdest one around.

“How close are you to Clinton, Tennessee?” I texted Zach Bowman, senior editor at Road & Track. “Very,” he replied. “What kind of death machine do we need to buy?” Hey, I didn’t say anything about a death machine. But since you asked, it’s a Honda TRX250X, an ATV that’s little more than handlebars, knobby tires, and 229 cubic centimeters of raw fury. Some might say that makes it a 230, not a 250, but Honda’s rounding game is strong.

Before I had a driver’s license, I had a 1991 250X, upon which I terrorized the trails of rural Maine until I was old enough to terrorize the roads in my Camaro. So it’s no coincidence that my cabin-fever classified searches tend toward Honda quads. I figure that if you’re going to have a midlife crisis, do it as cheaply as possible. And basic midlife-crisis economics tell us that a used 250X is priced closer to the mullet I’m growing (free) than it is to a mint IROC (surprisingly expensive). That is, if you can find one.

This is where Zach provided crucial assistance. If you tried to buy something motorized and outdoorsy this past spring, you probably encountered the same situation I did: Anything worth pursuing sold in 10 minutes for full asking price. I got sniped repeatedly. So when this 2018 250X popped up in Tennessee, I knew I had to call in local assistance because I’m five hours away in North Carolina. Within a matter of hours, Zach had the prize on a trailer. That, my friends, is some first-class automotive enabling. I think it’s a reflex, among all of us who appreciate interesting motorized conveyances, to try to recruit as many co-conspirators as possible. I don’t just want to drive cool things; I want you to drive cool things, too. And I’ll help make that happen if I can. Which is how I ended up on the pilgrimage for the red Silverado.

My former boss Ryan lives in New York and needed a truck. He prefers his trucks free of rust and Dunkin’ Donuts coffee stains, so he wanted one from outside the Northeast. Since “Ain’t No Rusty Trucks in North Carolina” is the actual state motto, I told Ryan I’d find him something. (Well, first I unsuccessfully tried to talk him into a 1992–96 Bronco, but that’s what I do even if someone’s looking for a Kia Soul.) To up the degree of difficulty, Ryan wanted a full-size 4×4 with a manual transmission.

At Key Automotive Group in Stokesdale, North Carolina, I located an unlikely freak of a 2006 Chevy Silverado—a red four-wheel-drive regular-cab long bed with chromed steel wheels and a five-speed stick poking out of the rubber floor. “If you don’t buy this, I might,” I told Ryan. This is the danger of enabling—sometimes you enable yourself into an unscheduled bank withdrawal. Ryan asked me to take a test drive on his behalf, and the next morning, I met Austin Tew, Key’s owner, out front by the Chevy. “I picked this thing up because I like the manual-transmission weirdos, and this is a weirdo,” he said. “We’ve been using it as a shop truck, and I was tempted to keep it, but we already have another shop truck.” If I’m not mistaken, I detected a hint of wistfulness as he handed over the keys to a vehicle he’d rather keep. It’s refreshing to meet a car dealer who actually likes cars.

The truck’s 195-hp 4.3-liter V-6 felt strong, torquey, and quiet. The five-speed’s shift pattern puts first and third on each other’s lap, with fifth over by the glovebox, but the clutch and shift action were fine. I tested the four-wheel-drive system on gravel. All good. And the body was incredible. I sent a photo to a longtime Chevy employee, who replied, “That must be one of the nicest 2006 Silverados still on the road.” I told Ryan to get down here pronto. Which he did, driving that delightful freak back to New York soon after. I was almost as pleased as I would’ve been if I’d bought it myself.

A few weeks later, my friend Lisa showed up at my door with a new Wrangler. She was on a test drive and wanted an opinion. It was mighty nice, with the 3.6-liter V-6. But I knew our local dealer had a more interesting one. She returned a half-hour later with the EcoDiesel and declared she loved the torque. “I know,” I said. “You should get it.” 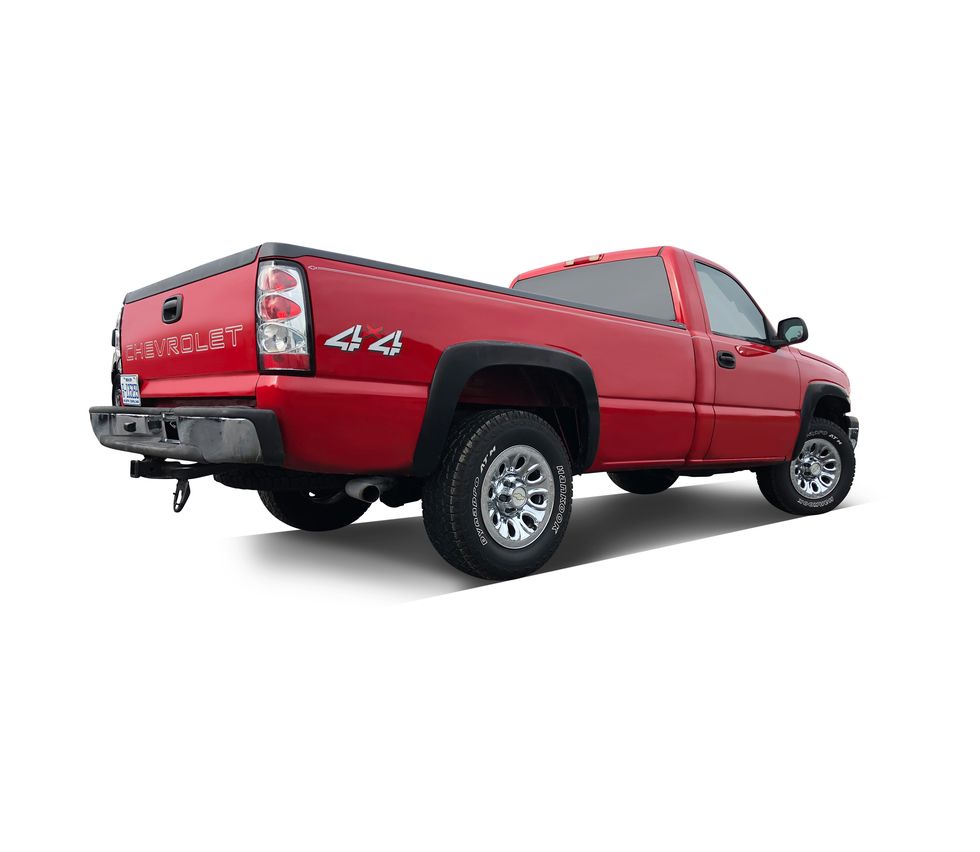