UPDATE 11/30/2020: General Motors and Nikola have revised the agreement they announced back in September. In this new agreement—which is a non-binding memorandum of understanding—General Motors will only be supplying fuel cells to Nikola, rather than receiving an equity stake in the company and building its Badger pickup. In a press release, Nikola said: “As previously announced, the Nikola Badger program was dependent on an OEM partnership. Nikola will refund all previously submitted order deposits for the Nikola Badger.” Shortly after the first agreement was reached, a short seller, or someone with a financial interest in seeing Nikola’s stock price falling, published a report accusing Nikola of being a fraud.

General Motors and Nikola, a recent entry into the alternative-fuel automotive startup field, are teaming up to bring Nikola’s pickup, the Badger, to fruition. In an announcement earlier today, the two companies revealed that GM will be engineering and building the Badger, including variants with all-electric and hydrogen fuel-cell powertrains.

In exchange for GM’s contributions, the automaker will receive a $2 billion stake in Nikola, or 11 percent ownership of the company. GM expects to receive more than $4 billion in benefits from the agreement. In addition to the equity stake, GM will be paid to build the Badger, supply batteries, and commercialize fuel-cell tech for the commercial semi-truck Nikola has planned. In addition, GM will get to keep 80 percent of EV regulatory credits generated from the sales of the Badger and has a right of first refusal of the first 20 percent, according to Bloomberg. The agreement also includes the utilization of General Motors’ Hydrotec technology to bring Class 7 and Class 8 commercial trucks to market.

The Badger will use the same Ultium batteries that will make their way into Honda’s EVs and the forthcoming electric Hummer, as well as GM’s Hydrotec fuel-cell technology. Just last week, General Motors and Honda announced that the two automakers intend to form a strategic alliance building on their existing agreement under which Honda uses GM’s Ultium batteries.

“Nikola is one of the most innovative companies in the world. General Motors is one of the top engineering and manufacturing companies in the world. You couldn’t dream of a better partnership than this,” Nikola founder and executive chairman Trevor Milton said in a press release. The partnership should help legitimize Nikola, which has yet to build a vehicle and collected just $36,000 in revenue last quarter, all of which was generated from installing solar panels on Milton’s home.

The Badger is expected to go into production near the end of 2022. 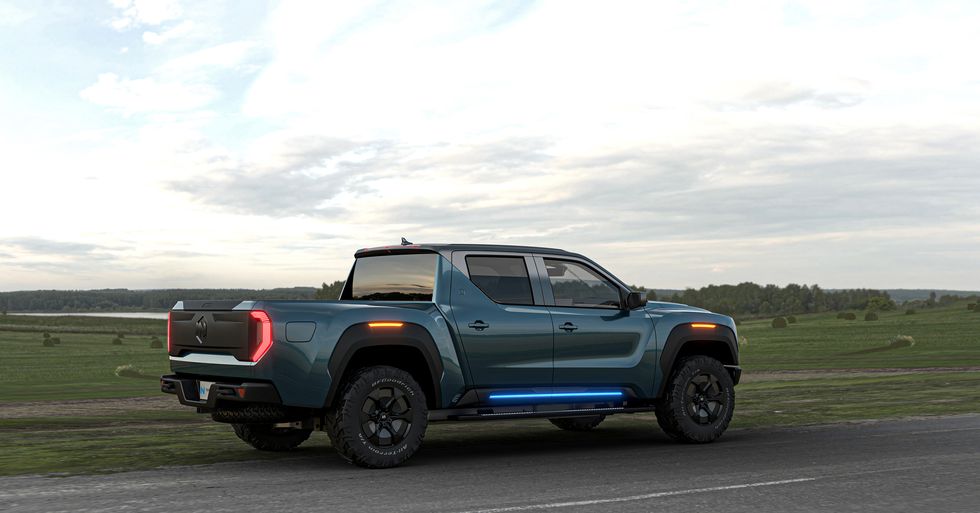