UPDATE 11/17/20: Honda told C/D that there are no plans for an AWD configuration for the new Civic, although our reporter had interpreted the company’s equivocal statement as leaving the possibility open.

We were hoping that new Honda Civic would offer all-wheel drive, marking the first time since the wagovan of the 1980s and early 1990s that the venerable compact car could come with an AWD variant. Our reporter believed that Honda senior planner Dan Calhoun hinted at the possibility to C/D when we saw the 2022 Civic prototype in person, but a Honda spokesperson later denied that it was happening.

The 2022 Civic launches in the spring of 2021. The sedan model is set to arrive first, with the hatchback, Si, and Type R variants to follow. We had guessed that the standard Civic hatchback and sedan were the most likely candidates for AWD. The current Type R is known for being one of the highest-performance front-wheel-drive cars on the market, so a switch to all-wheel drive would be a surprising move for that variant.

Other competitors such as the Mazda 3 have also added all-wheel-drive systems recently; the Subaru Impreza has long offered standard all-wheel drive in this segment. Stay tuned for more details on the 2022 Civic as we learn more about its powertrains, features, and model lineup closer to its launch next year. 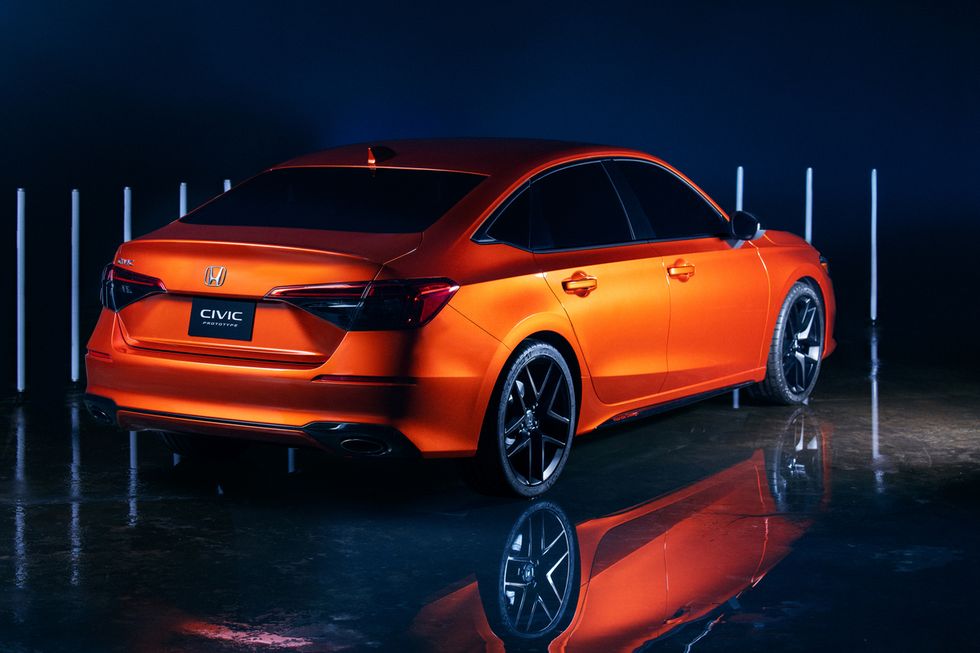