For nearly the first decade of the Saturn brand’s existence, the S-Series was the only vehicle line available from the no-haggle purveyor of plastic-bodied American machinery. You could get the S in sedan, wagon, or coupe form, with the coupe available for the entire 1991-2002 production run. Here’s one of those cars, found in a self-service yard just south of Denver. 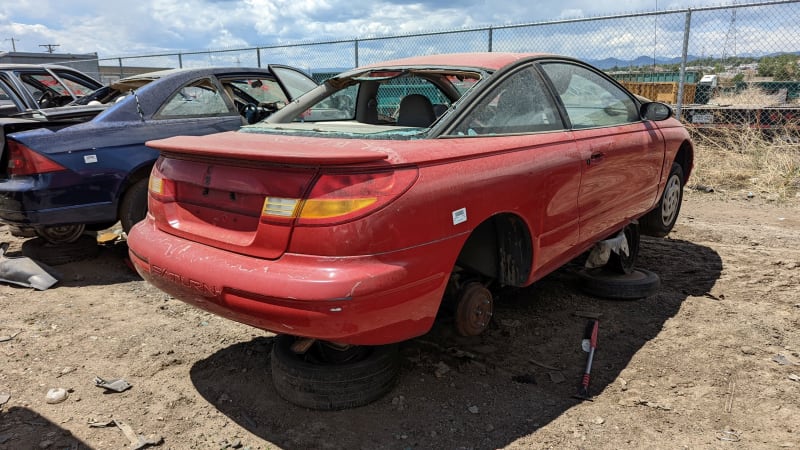 1997 was the first model year for the second-generation Saturn SC, and it got the sedan’s longer wheelbase plus slicker-looking lines. 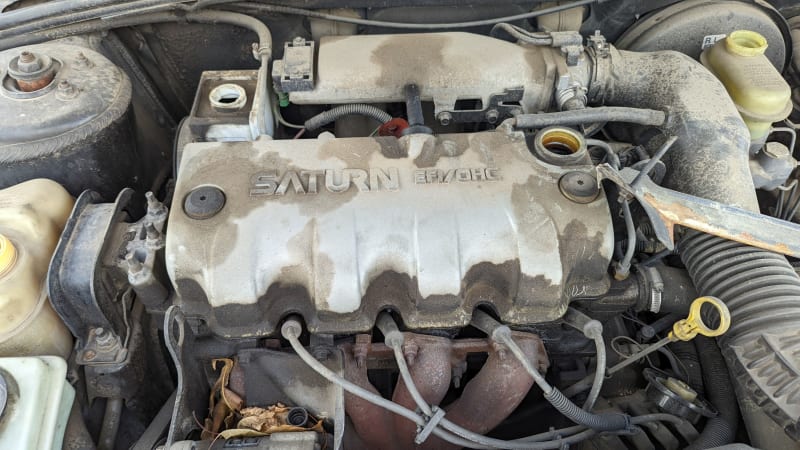 The biggest difference between the SC1 and the SC2 was found in the engine compartment. The cheaper SC1 had a SOHC 1.9-liter engine rated at 114 horsepower. The SC2 got a DOHC version that made 122 horses, plus a decklid spoiler, 15″ wheels, and other goodies. 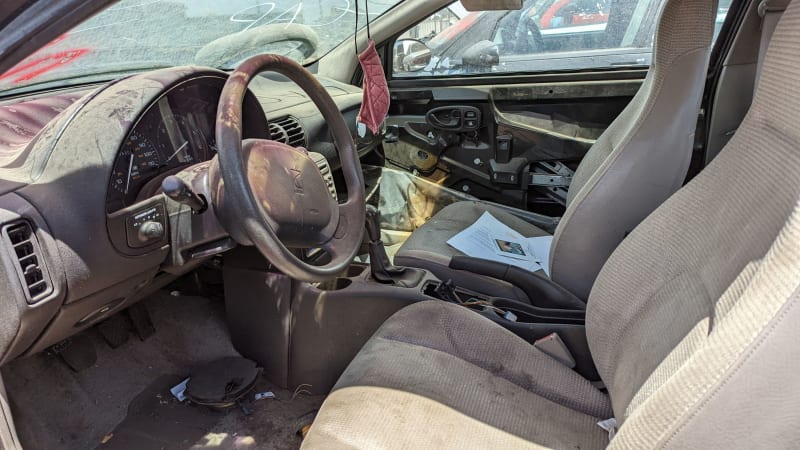 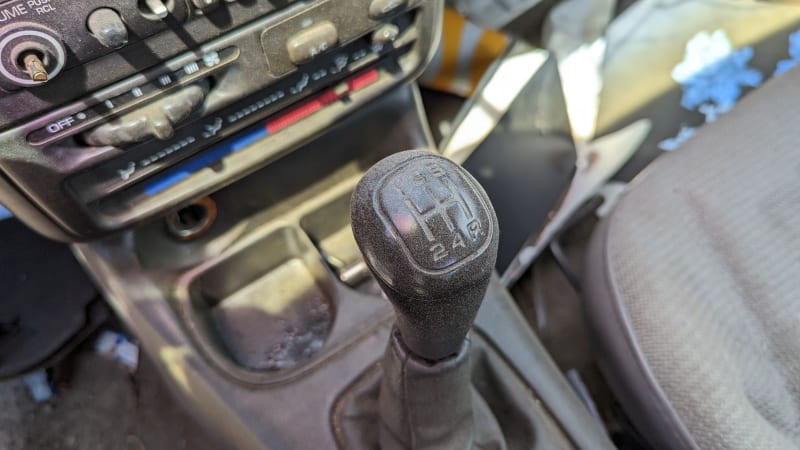 The decklid spoiler added 245 bucks to the cost of an SC1, but getting the five-speed manual transmission saved $840 versus the price of the SC1 with two pedals. 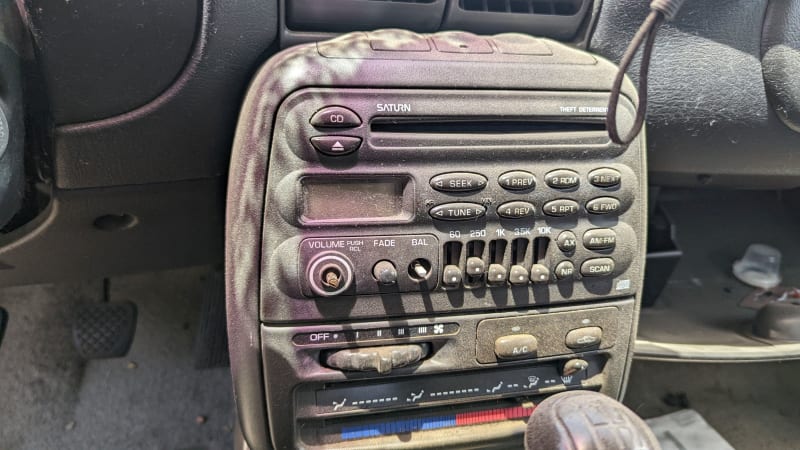 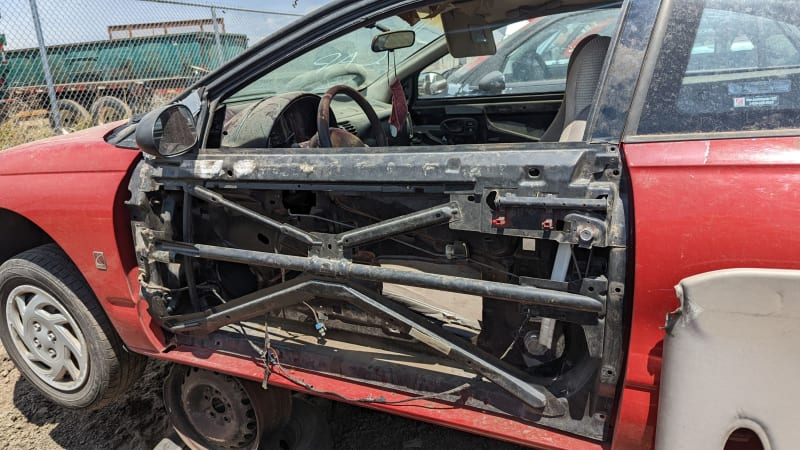 The plastic body panels didn’t rust and they were easily removed (the skin from this door was lying on the ground next to the car, presumably because some junkyard shopper wanted to extract window-regulator hardware). GM spent vast sums to put plastic bodies on the Opel-based L-Series cars later on. 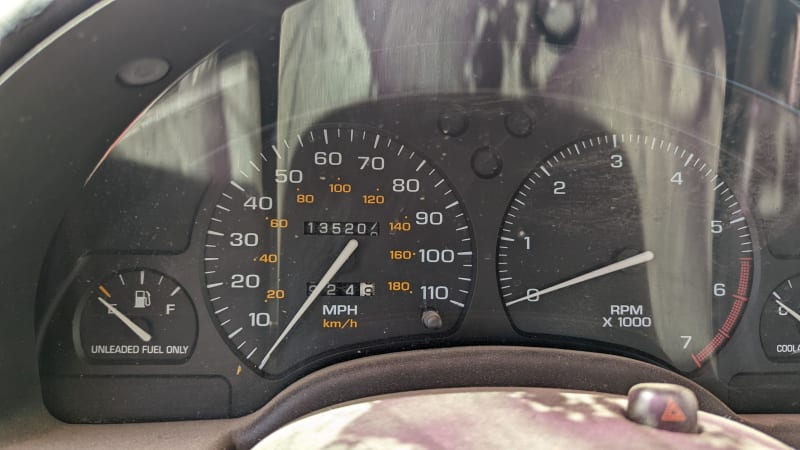 This car didn’t quite reach 140,000 miles during its career, and its body and interior appear to have been in good shape when it arrived in its final parking space. 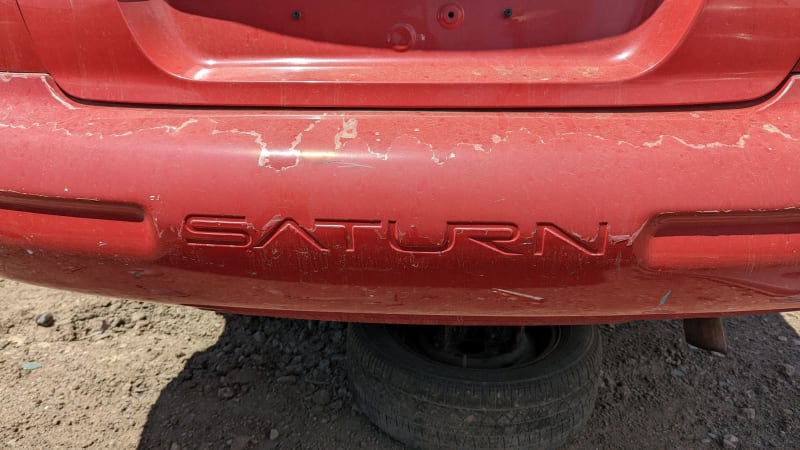 2010 was the last year for the Saturn brand, though the news of its demise got drowned out by the wailing and gnashing of teeth over the termination of the Pontiac Division during the same year.