Long before we were recording Window Shop videos and working at C/D, before we even had driver’s licenses, we spent hours and hours in the family car. Presuming those vehicles played some role in our future love of cars and the people we became, we thought we’d tap into our childhood memories and find nice examples of the vehicles we grew up in.

You might suspect that our editors were exposed to fun and interesting autos at a young age, but the reality is closer to the 1984 Toyota Tercel that senior editor Joey Capparella’s father owned for more than 10 years. Actually, this explains a lot about Capparella’s love of normcore cars.

Like many children of the 1960s, contributor John Pearley Huffman grew up with a station wagon in the garage. Although the Huffman family’s ’65 Ford Country Squire looks incredibly cool today, it was decidedly uncool by the time Pearley got his license.

Deputy testing director K.C Colwell’s parents had a long string of terrible vehicles that somehow didn’t taint young Colwell’s view of cars. When he was old enough to influence their choices, he suggested they buy a 1991 Ford Explorer. Clean, rust-free examples of early Explorers are hard to find, but Colwell locates a decent one for sale in Colorado, and it even has a manual transmission like the one his folks bought back in 1990.

Having only glossed the challenge, contributor Jonathon Ramsey goes on and on about his first car, a Ford Festiva. After we discuss the tire sizes of the diminutive Mazda-based car, Ramsey eventually gets around to telling us about his mother’s second-gen Volkswagen Jetta, which he occasionally borrowed to avoid the embarrassment of driving around in the little Ford.

Finally, deputy editor Tony Quiroga shows us the 18.5-foot-long front-drive convertible behemoth that made a mere 215 horsepower from 500 cubic feet of displacement. We’d say it’s safe to assume that the cars your parents owned have little effect on car enthusiasm, and we’re thankful for that. 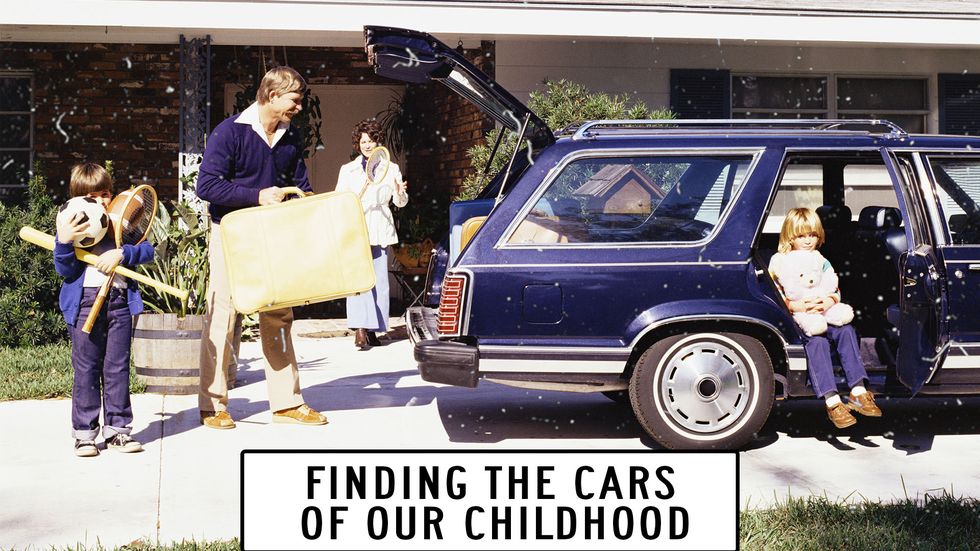