Gotta Have Rock and RollCar and Driver

Legendary guitarist Eddie Van Halen, who passed away in October at the age of 65 from lung cancer, was an avid car collector who owned a Lamborghini Miura, a Porsche 911 GT3 RS, and two Audi R8s, a V-8 and a V-10. He also owned this custom, six-speed manual 2000 550 Ferrari, which goes up for auction tomorrow November 25 with a $200,000 reserve. Gotta Have Rock and RollCar and Driver

The car has 28,000 miles on the odometer. Van Halen used the V-12–powered Ferrari to race alongside his brother, Alex Van Halen, who was the drummer of the band Van Halen. The black 550 Maranello is equipped with custom wheels, racing seats, and a roll cage and was reportedly serviced by a Ferrari mechanic. Michael Jordan also owned a 550, which was seen in the ESPN docuseries The Last Dance.

The Ferrari 550 Maranello is powered by a front-engine 479-hp 5.5-liter V-12 and could be had with a glorious six-speed manual transmission. During Car and Driver testing, a six-speed-manual-equipped example reached 60 mph in 4.2 seconds and a 12.7-second quarter-mile at 115 mph. Here’s that Car and Driver comparison test featuring the 550 Maranello up against the Aston Martin V-12 Vanquish.

Eddie Van Halen’s 2000 Ferrari 550 Maranello sale goes live on November 25 with a reserve set at $200,000. The original registration in Van Halen’s name, and a Gotta Have Rock & Roll certificate of authenticity is included in the sale. 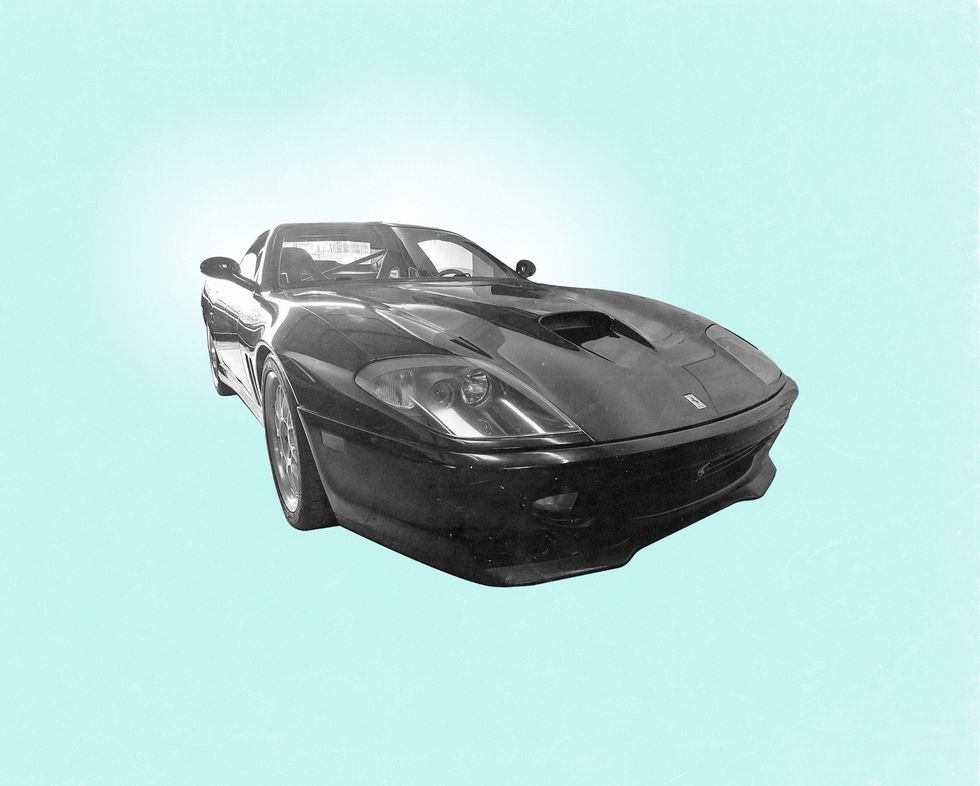