Sylvia Wilkinson and I are comparing notes about taking notes, and I’m taking notes. I’ve been meaning to talk to her about her writing process for years, ever since I read her book The Stainless Steel Carrot, which is about the Brock Racing Enterprises Datsun team’s chase for the Trans-Am Championship in the early ’70s. For Carrot, Wilkinson spent almost two years with BRE, following team founder Peter Brock and driver John Morton and a series of engine builders and guest drivers from workshop to racetrack, taking notes the whole time. “I always tried to be as unobnoxious about it as possible,” she says. “It wasn’t that hard in the pits. You could duck around the building. But later, at dinner, in a bar? They probably thought I had a weak bladder; I was always running to the restroom to write.”

It was worth it. Carrot isn’t like any other motorsports book I’ve read. It’s technical, which you expect, full of carburetors and suspension details: “Oh, that was something you really had to get right,” she says. “Luckily, men who know a lot love to explain it, so I would just ask until I understood.” But it’s also funny and sad and sometimes shockingly honest. There’s a story about Dan Gurney farting. There’s a scene where Brock’s engine builder suggests the problem with Brock Racing Enterprises is the Brock part. Brock was so annoyed by the book that he didn’t speak to Wilkinson for years. “He got over it,” she says. “Time wears the edges off.”

It’s not that easy to get people to say anything with an edge in the first place. Left to their own devices, race teams talk about specs and dinner, not existential dilemmas and personal failings. If you want that, you have to push for it, but drivers are skittish. You can’t go straight at ’em with, “Why don’t you fear death?” Wilkinson is a master of letting her subjects start out with the expected and talk themselves around to the truth. In Carrot, Morton tells her he can’t be scared he’ll die in a fire, followed by several paragraphs of other things he’s not scared of. The section ends almost casually with a comment about how he doesn’t like anyone else in his life doing dangerous things because if they are killed, he’ll know it and be sad, but if he is killed, he won’t, and it’ll be their problem. Ah, that’s why. “It’s not that easy to get people to say anything with an edge in the first place. Left to their own devices, race teams talk about specs and dinner, not existential dilemmas and personal failings.”

People talked around her. Sometimes they boasted and sometimes they blubbered. I can imagine her nodding and looking just the right amount of gently interested and then dashing off to write down the quote and, later, looking through her notebooks and bar napkins digging out the story. “I just approached motorsports coverage like a novel,” she tells me. “Being a racing journalist wasn’t my thing.” Her thing was fiction. She wrote her first novel at age 12 and published three by the time she was 30. She has now authored seven. Maybe that’s why her stories include wives and babies and childhood fears and overheard embarrassments along with careful tech explanations and precise race results. She was world building, not just race reporting, and because of that, her coverage stays relevant.

You might not care who won more races, Lee or Richard Petty, but a story of a son hoping for the approval of his father, that’s timeless. You’ll find it written in between the descriptions of moonshine cars in her 1983 collection of stock-car-racing essays, Dirt Tracks to Glory, along with stories of women dare­devils and Black racers and all the supporting cast of a racetrack, from red clay to Daytona’s dizzy heights. A reissue of Dirt Tracks to Glory should be out by year’s end. The Stainless Steel Carrotis out of print but worth the high eBay prices.

Wilkinson knows I’m taking notes while we talk, and she thinks it’s funny because I’ve told her she’s one of the best motorsports writers ever. She tells me, sweetly, that she never intended to be a motorsports writer and wouldn’t really care if she never writes about motorsports again. “Everyone is so boring and PR trained now,” she says. Only, maybe she’d do a book about Miss Hurst Golden Shifter Linda Vaughn. “Someone should tell that woman’s story.” If Wilkinson does, you must read it. 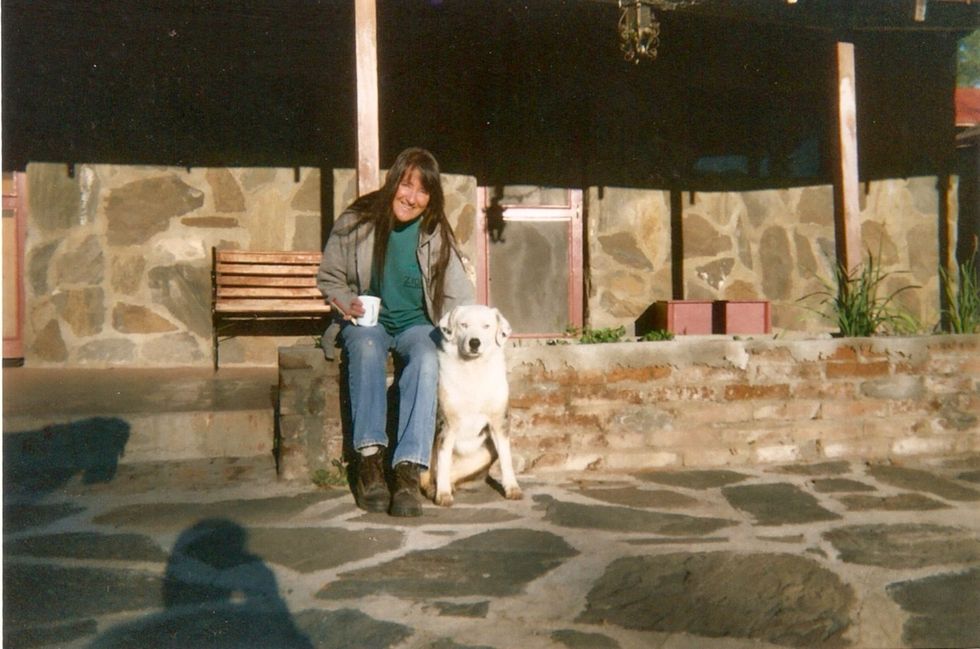