Chevrolet has shared a video on Twitter of the upcoming 2022 Bolt EUV’s Power Flow screen that gave us a peek at what to expect from the larger Bolt crossover that’s headed to market in late 2021.

In the video, we see the typical EV animation highlighting a vehicle’s battery either sending or receiving energy from the motor. The layout of the infotainment system is different from what’s in the current Bolt EV, with a more minimalistic array of onscreen controls below the Battery Power feature. For example, the large green band of color for Energy that took up the left-hand-side corner of the current Bolt’s display has now been replaced with a single leaf situated next to controls for navigation, phone, media, and the home button.

Below the screen, the climate controls have been moved off the same angled plane as the display and have shrunk considerably from the large buttons and knobs found in the current Bolt.

The controls and dash in general in the video no longer have the white and dark-gray color scheme, instead opting for a more subdued darker look. Off in the distance, we see the instrument panel which, like the infotainment system, has a darker color palette.

What we see in this teaser is far from groundbreaking, at least in appearance. However, the Bolt EUV will be the first Chevy product and first EV to feature Cadillac’s Super Cruise hands-free driver-assist technology. GM says the 2022 Bolt and Bolt EUV will be in showrooms in the summer of 2021. 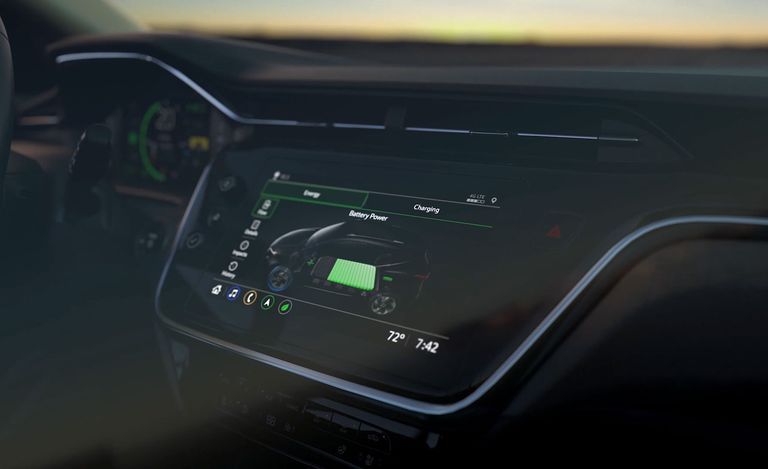