BMW is roping its scooter-building arm into its electrification strategy. It presented a futuristic yet close-to-production concept named Definition CE 04 that previews what its next battery-powered scooter will look like.

If the design looks familiar, it’s likely because the CE 04 evolved from the Concept Link introduced in 2017, and its unusual proportions haven’t significantly changed. Alexander Buckan, the head of vehicle design for BMW Motorrad, explained swapping the gasoline-burning engine for an electric motor allowed his team of designers to make the CE 04 much lower than the company’s other scooters. He also pointed out that some of the suspension and powertrain components were intentionally left uncovered to make them part of the overall design.

Storage compartments integrated between the seat and the battery pack let users store bulky items – like their helmet – out of sight. Going electric has another advantage, according to BMW. It places the battery, which is the heaviest part of the scooter, below the rider and between the wheels, a layout that lowers the center of gravity. 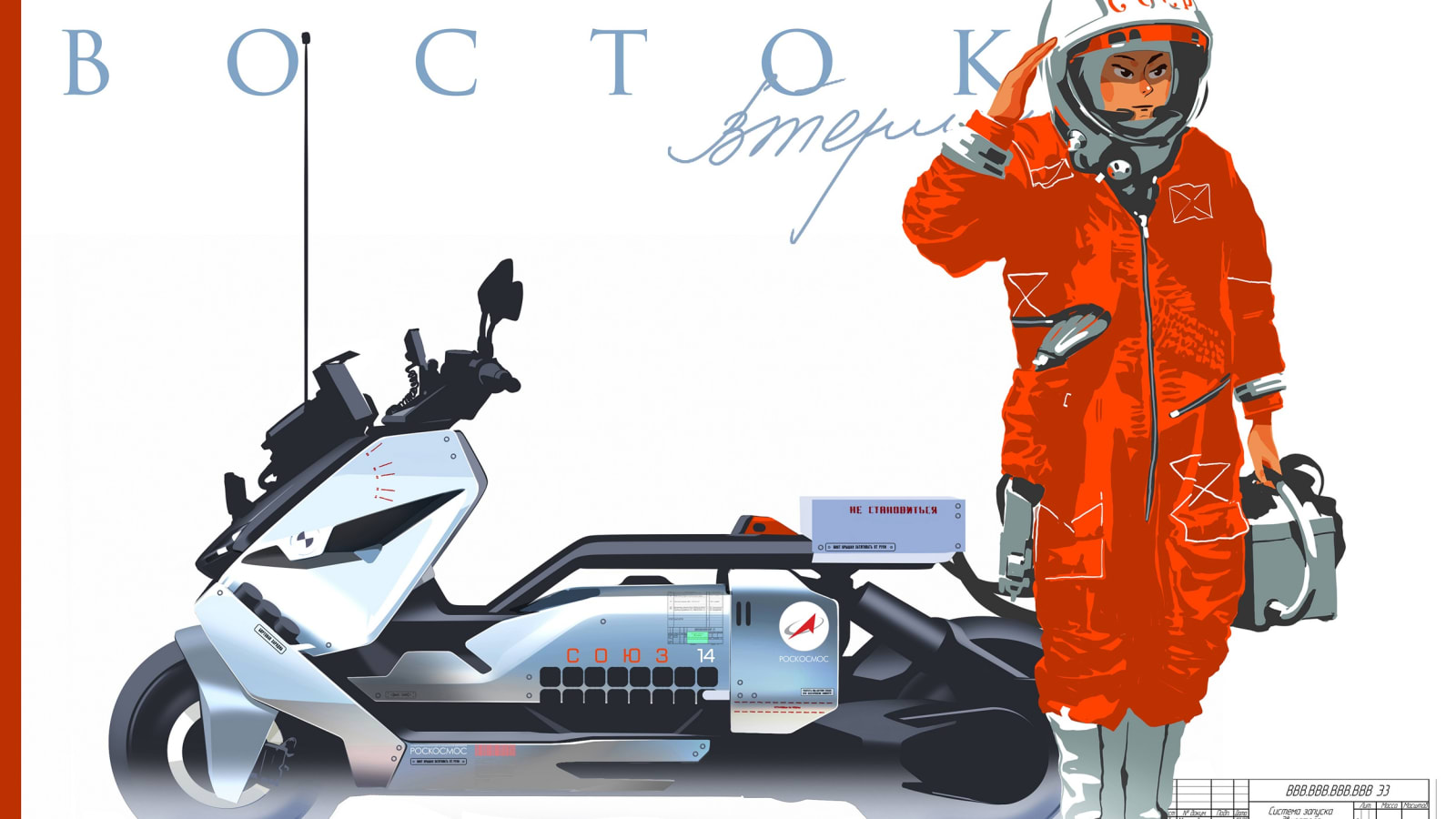 No technical specifications were provided, though Buckan emphasized he views a scooter as more of a mobility tool than a source of fun. “The urban target group mainly rides short distances of approximately [7.5 miles] per day. Long-distance comfort is therefore less important than variable ergonomics and easy accessibility,” he explained, which suggests the firm isn’t trying to win the range or the horsepower race. Sketches released by BMW show the CE 04’s target audience includes fashionistas, police officers, and even astronauts.

Connectivity will be one of the CE 04’s main selling points, regardless of who buys it. Riders will face a 10.25-inch digital instrument cluster, which displays key information about the bike and its surroundings. It can also connect to the user’s smartphone to display various notifications, like new messages and upcoming appointments.

BMW confirmed the CE 04 will reach production, but it didn’t reveal when we’ll see the production model. Pricing has yet to be announced, though we’d be surprised if it costs less than $10,000 when it lands in showrooms. Buyers will also be able to add an array of equipment (including a casually cut warm parka) to their order.

Yes, but you’re on the wrong track if you’re picturing something along the lines of a Piaggio Vespa. While BMW’s two-wheeler division is better known for making motorcycles, and for keeping the air-cooled flat-twin alive, it also offers a handful of city-friendly scooters, like the C 650 GT and the C 400 X. Each number denotes the engine’s displacement, so we’re far from the 49cc Honda Metropolitan your buddy rode around in high school.

BMW’s car-building arm has tapped into its sister company’s scooter expertise in the past. Motorists who ordered the i3 with the optional range extender received a car fitted with a variant of the C 650 GT’s two-cylinder engine.