While many automakers are happy to talk about the end of combustion engines, most tend to do so in the abstract. Bentley is brave enough to put a date on it and has confirmed that it will no longer offer any internal-combustion engines, including those found in plug-in-hybrids, as soon as 2030. From that point onwards the British luxury maker will be EV-only.

The radical move was announced at an event today as Bentley executives elaborated on the company’s Beyond100 strategy to become an “end-to-end carbon neutral car brand.” The move to full electrification is set to happen quickly. Bentley says that every model will have the option of a hybrid powertrain by 2023, it will launch its first full EV model in 2025 and that as soon as 2026 it will be selling only plug-in hybrids (PHEVs) and full EVs.

Although Bentley is still the world’s largest producer of 12-cylinder engines, it had previously said that the mighty W-12 used in the upper reaches of its range will be retired soon. But as Volkswagen Group’s most powerful PHEV powertrain uses a V-6 gas engine, today’s announcement seems to confirm that Bentley’s V-8 powered models will survive barely longer than those using the W-12.

At the event Bentley also confirmed it will launch two new PHEVs next year, both using developments of the V-6 plug-in powertrain that made its brand debut in the Bentayga last year. The first of these will be a revised Bentayga with an increased electric-only range. The second, we believe, will be the same powertrain in the Flying Spur sedan.

Bentley CEO Adrian Hallmark is a self-professed fan of PHEVs, and has even been part of the Volkswagen Group’s efforts to lobby European regulators to exempt them from forthcoming bans on the sale of combustion engines. But he acknowledges that smaller companies like his own won’t be able to support the cost of parallel development of pure combustion and EV powertrains for long.

“You’ve got to make a corporate decision on how much overlap you want,” he told Car and Driver at an event in the U.K. last month, “and I would always say the less the better. Don’t forget, by the time we get to 2030 the legislation on batteries and the energy efficiency of cars will be no less challenging than it is now with combustion engines.”

“We would love to keep working on six engines plus battery-electric vehicles plus hybrids,” Hallmark added, “but we haven’t got the capacity to do it. You’ve got to pick a point in time where battery power density, especially for bigger cars, is the liberator for us. We’ve always said that the mid-2020s is the time when you can expect to see 120.0-plus-kWh batteries coming through the supply chain.” At the same event Bentley announced it wanted to become fully carbon neutral on the same timescale and also “plastic neutral”—removing the same amount of plastic from the environment as it creates. It is also set to actively target an increase in female and minority representation among its senior management.

The aggressive move is likely to create a rift with fans of the brand’s charismatic existing engines; we find it hard to imagine any fully electric Bentley will be able to match the experience of the mighty W-12 engine. It also reveals an ideological split at the top of the car industry, with Ferrari CEO Louis Camilleri having recently said he does not expect his company’s production to be even half EV within his lifetime. Others are much more likely to follow Bentley’s lead, Rolls-Royce’s ultra-quiet powerplants making it a brand that seems ideally suited to electrification. 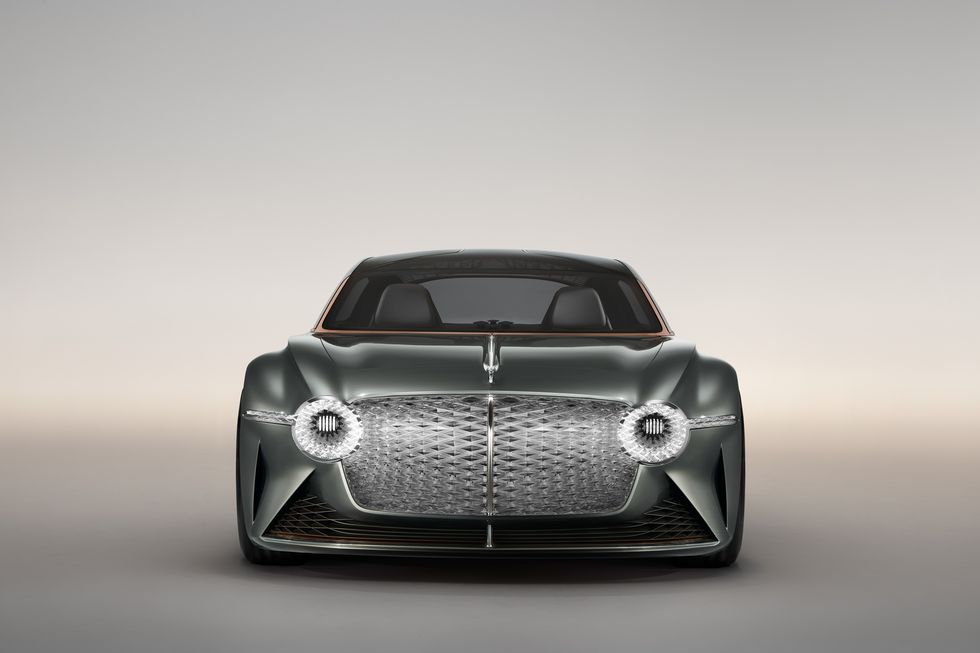