Apple just released an update for its Apple Maps application that brings Waze-like functionality to the iPhone’s native navigation. It allows users to report a number of different road situations, with speed traps being one of them. It’s only available to those with the iOS 14.5 beta for the time being, but we’ll give you a rundown of what to expect when the masses are brought in.

One big positive for this new reporting function is that it’s fully operational in Apple CarPlay. You can even use Siri to report things, so you can tell the voice assistant that “there’s a speed check here.” Reporting speed traps is certainly one of the most valuable (and money-saving) features of Waze, but similar to the old standby, Apple allows you to report other items, including hazards and accidents. Of course, you can break those down further by saying that there’s something on the road, or anything else along those lines that Apple has programmed in. 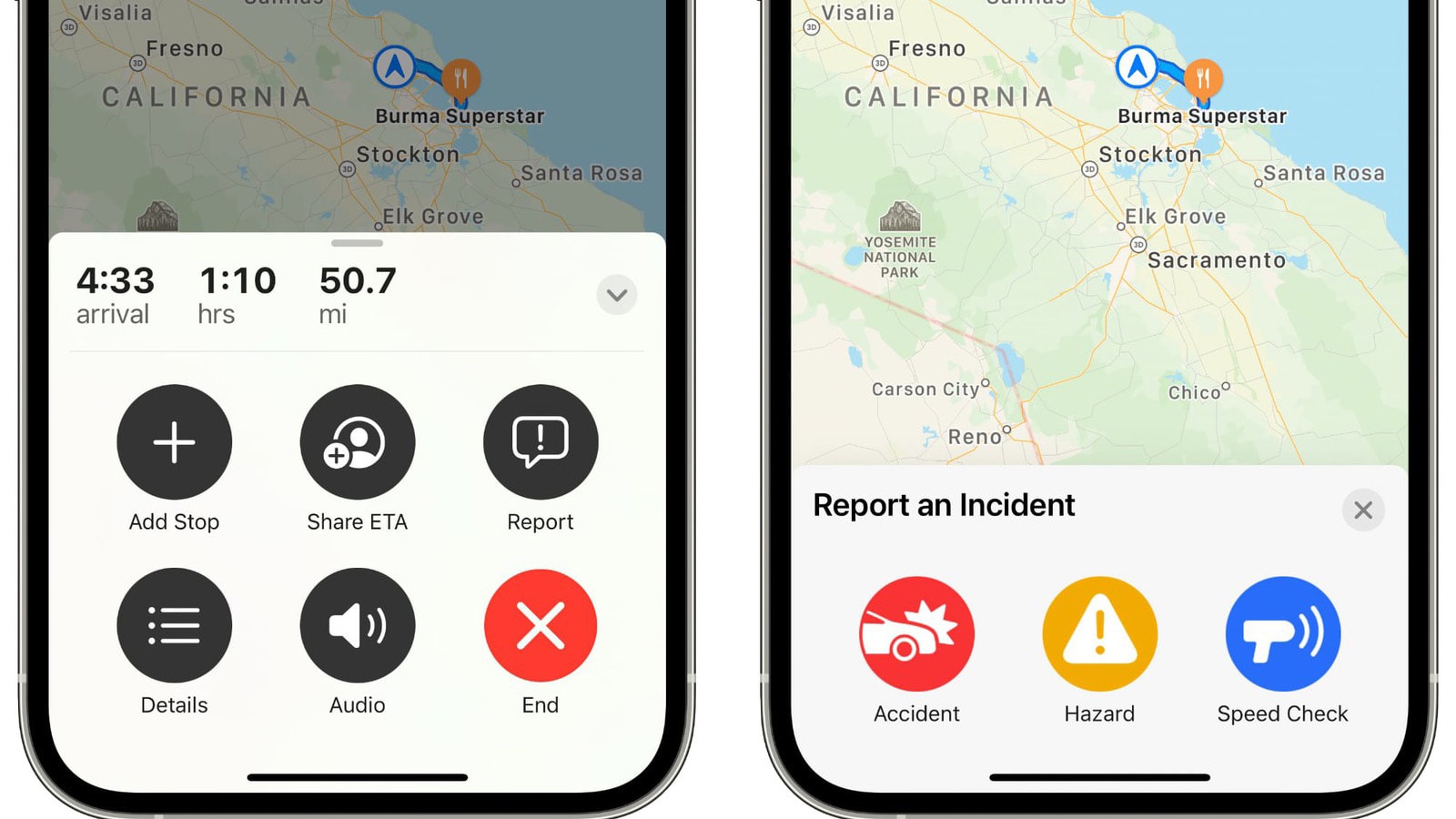 Building up a loyal and attentive user base similar to Waze’s could take some time, as Waze has had years of providing similar services to its users. There’s also the limitation of this feature only being usable by iPhone owners. Apple may have the majority of the active smartphone market in the U.S., but there’s still a massive chunk of the population that use Android phones, and therefore won’t be able to contribute their reporting data. Meanwhile, both Waze and Google Maps are available across ecosystems, effectively reaching a wider user base.

Apple is now the last of the big navigation/maps interfaces to adopt these features — Google Maps introduced similar functionality in 2019, and Waze has had it for years before both of them. Google Maps and Waze both offer more robust reporting systems, too, as you can get more granular with the types of hazards that are reportable.

It’s not entirely clear when this Apple Maps feature will come out of beta, but regardless of limitations, it will be a welcome improvement to a navigation app that so many people use.