Ford has a history with rear suspension toe links, and in the case of the recall announced today for 350,000 2013–2017 Ford Explorers in the U.S., this is the second time that the outboard section of the rear suspension toe link in these Explorers has needed to be replaced. This component of the suspension can corrode and eventually fracture, leading to a driver potentially losing control of the vehicle and crashing.

In addition to the vehicles recalled in the U.S., there are another 25,200 being recalled in Canada. Ford said in a press release that it is aware of 13 accidents and six injuries as a result of the rear suspension toe link failing. Owners should bring their vehicle to a dealership for a “torque inspection of the cross-axis ball joint,” which will be replaced as needed.

In June of 2019, Ford issued a recall for 1.2 million Ford Explorers built between 2011 and 2017 for the same issue, and earlier this year issued a recall for the 2013–2018 Flex, Taurus SHO, Taurus police car, and Lincoln MKT due to issues with the rear suspension toe link.

The most recent recall for the 2013–2017 Ford Explorer is not yet on the National Highway Traffic Safety Administration (NHTSA) website, but owners of vehicles potentially involved should be able to find more information soon on NHTSA’s recalls website. 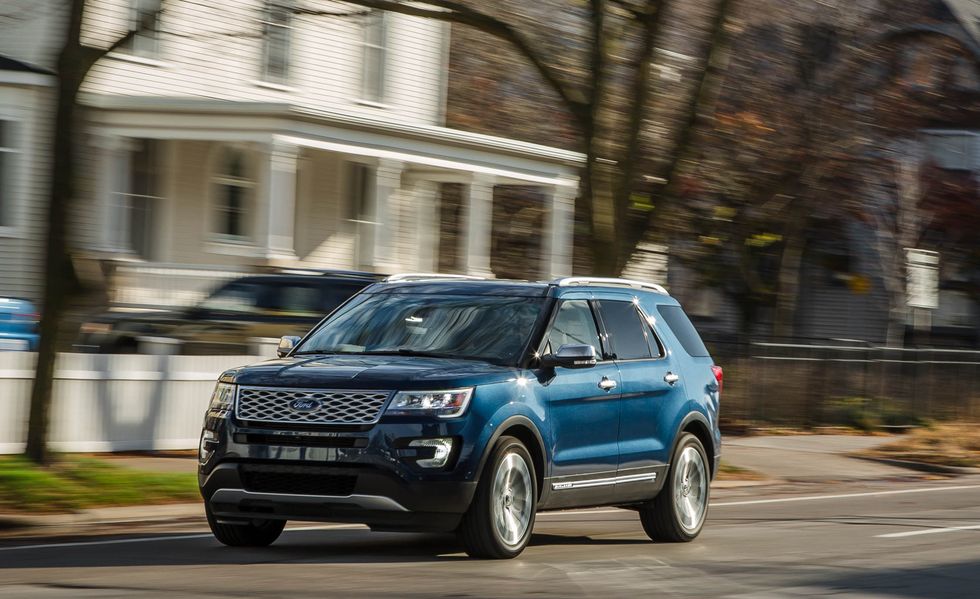