Jeep is planning a complete redesign of its popular Grand Cherokee SUV, and it’ll be the first major change since 2010. In addition to a two-row version, it will add a three-row model to its lineup, which will join the body-on-frame Wagoneer. We’ve spotted a camouflaged three-rower near our Ann Arbor, Michigan, headquarters, which means it’ll arrive soon. The 2022 Jeep Grand Cherokee is expected to be launched by the end of this year and arrive at dealerships in early 2021. It’ll have a slightly longer wheelbase than the previous model, riding on a version of the Alfa Romeo Giorgio platform from the Giulia sedan and Stelvio SUV. The two-row and, of course, the three-row will both have significantly more interior room and cargo space. With all of the camo on this test vehicle we spotted, and with the longer wheelbase, elongated hood, and larger rear end, we expect the three-row model to have similar proportions as the Dodge Durango.

Expect to see significant changes to the interior as well, making it more luxurious and better equipped than the outgoing model. Surely it won’t be as nice as the Grand Wagoneer concept that was recently unveiled, but it wouldn’t be a surprise if we saw a larger touchscreen make its way into the Jeep. It should also swap out the current model’s shifter for a rotary knob, have digital gauges, and offer a host of driver-assistance features.

Jeep’s turbocharged 2.0-liter inline-four, found in the Wrangler, will likely be the two-row model’s base engine, and could have hybrid assistance. A Pentastar 3.6-liter V-6 with eTorque assist will also be a more powerful option, likely the three-row’s base engine. There will also be a plug-in hybrid introduced down the line, and the supercharged Hellcat V-8 could even find its way under the hood, because the three-row Durango now has a 710-hp Hellcat model.

We will have more details about the 2022 Jeep Grand Cherokee in the coming months, and it should arrive early next year starting in the mid-$30,000 range. 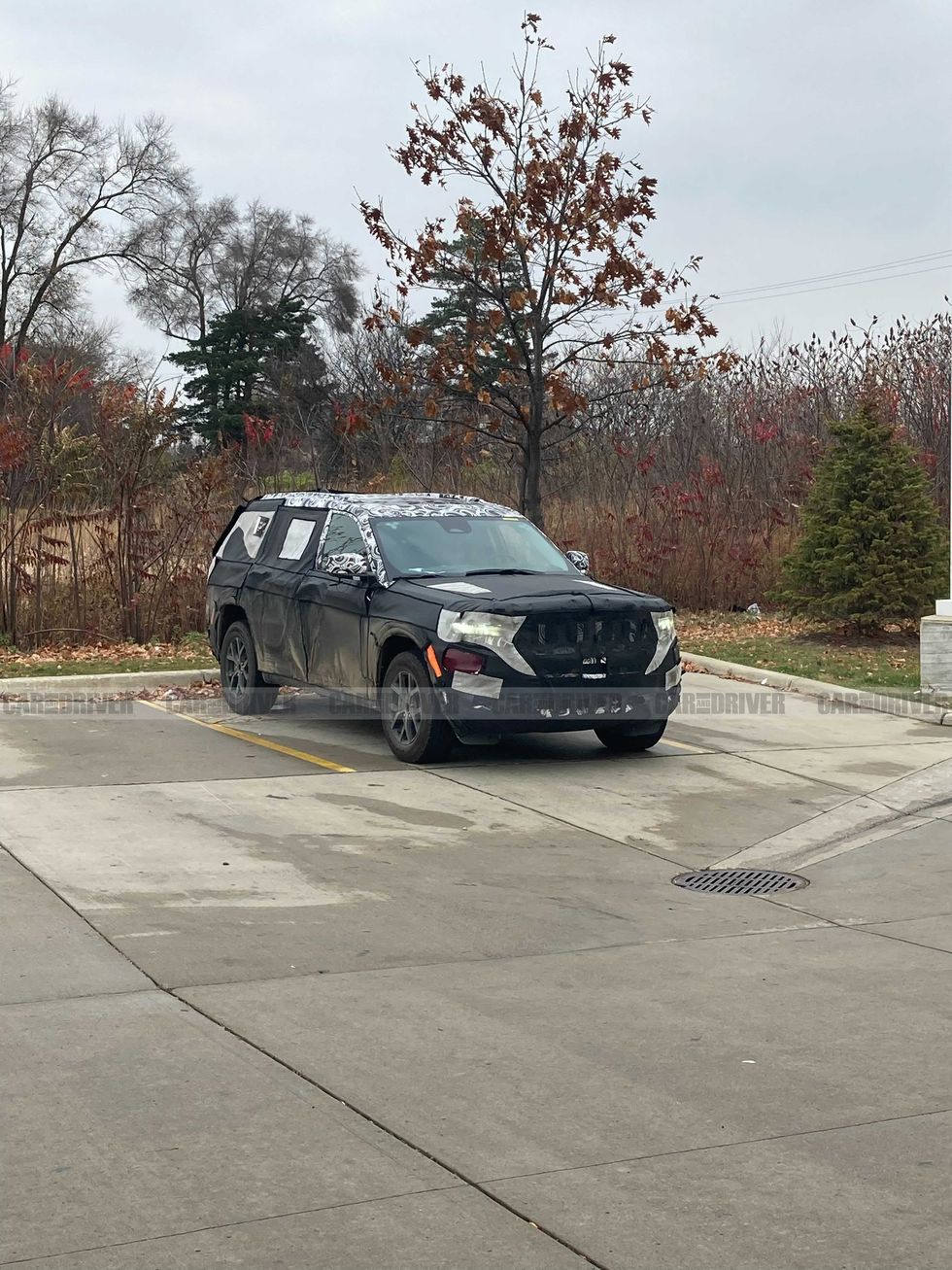