Now that its downmarket Nissan Pathfinder sibling has debuted, Infiniti is ready to talk about the new 2022 QX60 luxury three-row SUV. This new model will feature the same powertrain changes as the Pathfinder, swapping the current continuously variable transmission (CVT) for a new nine-speed automatic from supplier ZF. The QX60’s version of the 3.5-liter V-6 will continue to make a bit more power than what’s in the Nissan, at 295 horsepower.

These new photos of a QX60 prototype don’t show off much about the new model’s styling, but we did get a preview last year thanks to the QX60 Monograph concept (pictured below). This gave away much of the new QX60’s exterior design, which looks far more modern and upscale than the current model that has been around since 2013, when it first arrived as the JX35.

The concept car didn’t have an interior, but we expect the cabin to make a significant step ahead, too. It will likely have nicer materials, more available features, and a more up-to-date tech interface. Three rows of seats will come standard, like before, and we expect the available seating arrangements to mirror the Pathfinder’s. The Nissan now offers either an eight-passenger setup with a three-place bench in the second and third rows, or a seven-passenger setup with newly available second-row captain’s chairs.

Infiniti says it will release more information soon about the 2022 QX60, so look for official photos and more details to come within the next few months. It will go on sale in the U.S. later this year. 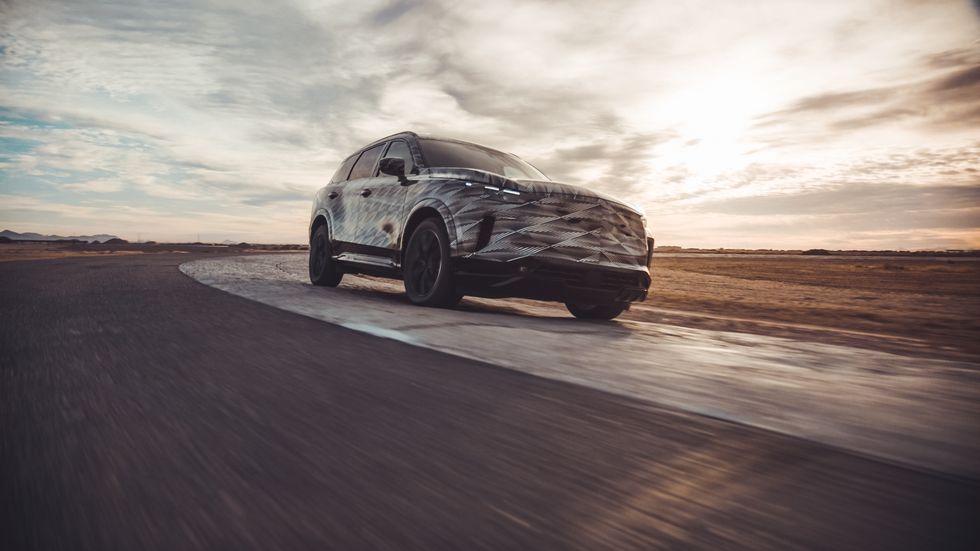