Hyundai’s new Ioniq subbrand will launch its first electric vehicle soon, and we now have an idea of what it will look like. These teaser images of the 2022 Hyundai Ioniq 5 confirm that it will closely mirror the attractive Hyundai 45 concept car from 2019, and the company has also shared a few more details about the Ioniq 5’s design and its ability to serve as a generator. Although Hyundai calls the Ioniq 5 a mid-size crossover, we think its proportions are more hatchback-like. Earlier leaked specs confirmed that it is the same height as the Kona crossover but a foot longer, meaning it should look long and low. Other mechanical details include a combined output of 313 horsepower, standard all-wheel drive, and a choice of two battery packs: a standard 58.0-kWh pack with an estimated 282 miles of range on the WLTP cycle and a possible optional 73.0-kWh pack with even more range.

Hyundai also confirmed that the Ioniq 5 will have the capability to serve as a generator. It will provide up to 3.5 kilowatts of juice through 110-volt and 220-volt outlets to power various appliances (the company used an oven, a sound system, and a treadmill as examples).

More information is coming in February, as Hyundai is planning a reveal event for the Ioniq 5. It will be the first Ioniq model to arrive in the U.S., possibly by the end of the year, with other Ioniq-branded electric vehicles still to come. 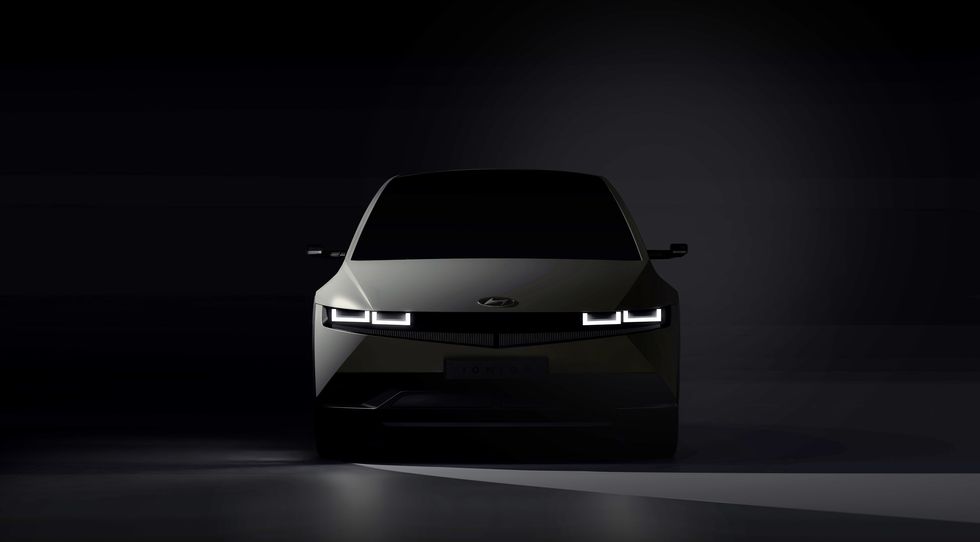