Ford’s full-size SUVs are coming up on mid-cycle refreshes, and spy photos of both the 2022 Expedition and Lincoln Navigator show that the infotainment system in each SUV is getting an overhaul. The upcoming Expedition looks to be getting the massive vertical screen from the Mustang Mach-E—which stretches 15.5 inches in the EV—and the Navigator will retain its horizontally oriented screen, but it appears to get a bit bigger.

The Expedition, which would be upgrading from its current standard 8.0-inch infotainment screen, would be the first vehicle in Ford’s lineup to get the setup seen in the Mach-E. The Mach-E debuted Ford’s latest Sync 4 infotainment system, which is capable of over-the-air updates. The infotainment system sports just one knob at the bottom of the screen; the photos of the Expedition show the same setup, plus the addition of four buttons at the bottom end of the screen. From the photos, it doesn’t appear that the Navigator will get the same update as the Expedition, but the 10.0-inch screen on the 2021 model appears to get a size bump for next year.

Exterior shots of the Expedition also suggest that the rugged trim that has already been spotted on the forthcoming Explorer—which some news outlets, including C/D, believe will be named Timberline—could also be added to the Expedition. In the spy photos, the 2022 Expedition is riding on all-terrain tires and may also gain a skid plate, as we have seen such an addition to the Explorer Timberline we spotted. We don’t expect many mechanical changes to the Expedition Timberline, but a suspension lift from the current 9.8 inches is possible. 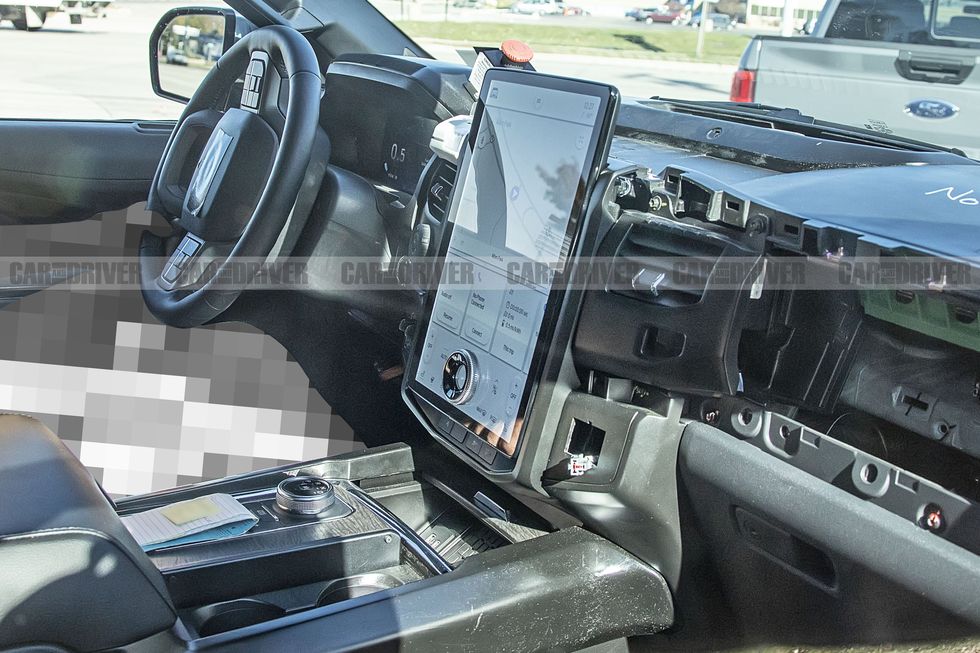