Based on the brand’s iconic Model S sedan, the 2021 Tesla Model X SUV wows with its top-hinged rear doors and impresses with its long-range battery capacity. Two electric motors provide on-demand all-wheel drive and performance-car acceleration. Handling is surprisingly nimble for an SUV of this size, too. The added practicality of the Model X’s optional third row of seats should appeal to family-oriented buyers. Like other Teslas, the Model X is equipped with high-tech infotainment and driver-assistance features, and the cabin is stylish and comfortable—if not exactly luxurious.

The Performance model with Ludicrous mode—which delivers brutal acceleration—would surely be the most fun, but it’s mighty expensive. And its 341-mile estimated driving range isn’t as long as the less expensive Long Range Plus model, so we’d save the $20,000. The Long Range Plus model offers 30 more miles of estimated driving range and still feels mighty quick thanks to the immediacy of the electric motors’ power delivery.

All Model Xs come standard with two electric motors—one at the front axle and one at the rear—which enables all-wheel-drive capability. The standard Long Range Plus model is plenty swift; and Tesla claims a zero-to-60-mph time of 4.4 seconds. A high-performance variant is also offered which comes with a 341-mile range and a claimed zero-to-60-mph time of 2.6 seconds when its Ludicrous Mode is engaged. Handling is respectable, but the Model X’s party trick is really the strong acceleration generated by its electric motors.

The Model X comes standard with a battery large enough to cover a claimed 371-mile driving range; upgrading to the faster Performance model drops the estimated driving range to 341 miles. Recharging is quick via one of Tesla’s Superchargers, which are located across the country. Charging at home via a 240V or 120V connection will be slower, but probably more convenient for owners, so Tesla offers in-home charging equipment for purchase.

Among other similarly-sized all-electric SUVs, the Model X boasts the highest MPGe ratings from the EPA. Long Range Plus models earned ratings of 109 city, 101 highway, and 105 MPGe combined. Even the Performance model, which sacrifices some efficiency for faster acceleration, outperforms key rivals such as the Jaguar I-Pace and Audi e-Tron SUVs in this metric.

A stark and nearly buttonless interior design is classic Tesla. The Model X’s unique windshield/glass roof runs seamlessly from the base of the hood up over the front-seat passengers for a nearly uninterrupted view of what’s ahead and what’s above. Despite these whiz-bang features, the Model X’s cabin leaves us wanting, especially considering its price can easily break the six-figure barrier, with non-descript air vents, misaligned panels, and flat-backed seats that don’t offer enough adjustments.

A huge touchscreen infotainment system dominates the dashboard and controls nearly all of the Model X’s various features and settings. This large screen kicked off an industry wide effort to include ever more impressive infotainment features and displays, yet despite being around for a number of years without major changes, still looks just as dramatic and impressive when you’re sliding behind the wheel. What you won’t find, however, is Apple CarPlay or Android Auto capability Noteworthy, also, is the large screen’s fussiness: Many of its onscreen icons are small or, depending on the person’s size, difficult to reach from the driver’s seat. Still, the Model X and Model S rank among the most tech-forward luxury vehicles on the market today.

Most buyers are looking more for tech features than luxury, though, and the Model X can be optioned with the feature that is possibly the most buzzworthy: Autopilot. Tesla’s semi-autonomous driving mode uses several cameras, multiple sensors, and radars to detect objects, people, and other vehicles and uses them to pilot the Model X under its own power. The Model X also offers a Summon feature that allows the user to park or retrieve the SUV from tight spots while standing outside—a feature that seems gimmicky but proved necessary thanks to the silly top-hinged doors. The National Highway Traffic Safety Administration has given the Model X a five-star rating but the electric SUV has not been tested by the Insurance Institute for Highway Safety. Key safety features include:

Tesla offers a comprehensive warranty package to protect the Model X’s powertrain and hybrid components but lacks the lengthy bumper-to-bumper coverage and complimentary scheduled maintenance packages of the I-Pace. 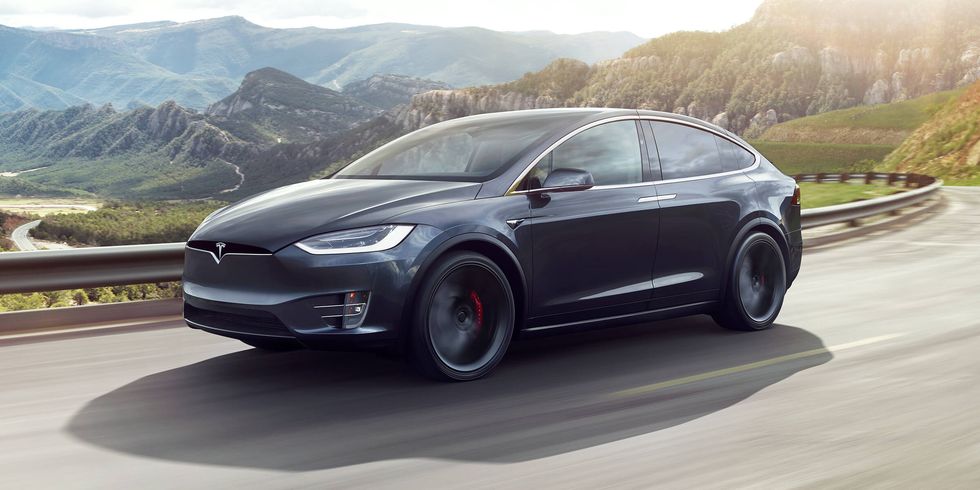