Like the gas-powered Ford Mustang coupe and convertible, the Mustang Mach-E electric crossover will have a higher-performance GT model in its lineup, which will look more aggressive, and it’ll make more power than initially claimed. A GT Performance Edition will also be available with more torque, and Ford claims it’ll launch to 60 mph in 3.5 seconds. The Mustang Mach-E GT is equipped with an 88.0-kWh battery pack and two electric motors, one on each axle, sending power to all four wheels. The result is 480 horsepower (up 21 from Ford’s initial claim) and 600 lb-ft of torque, and Ford claims it’ll reach 60 mph in 3.8 seconds. The Performance Edition also makes 480 ponies, but it provides more torque (634 lb-ft), and it’s expected to be quicker. Ford also estimates that the standard GT will travel 250 miles on a single charge and the Performance Edition will reach 235 miles. 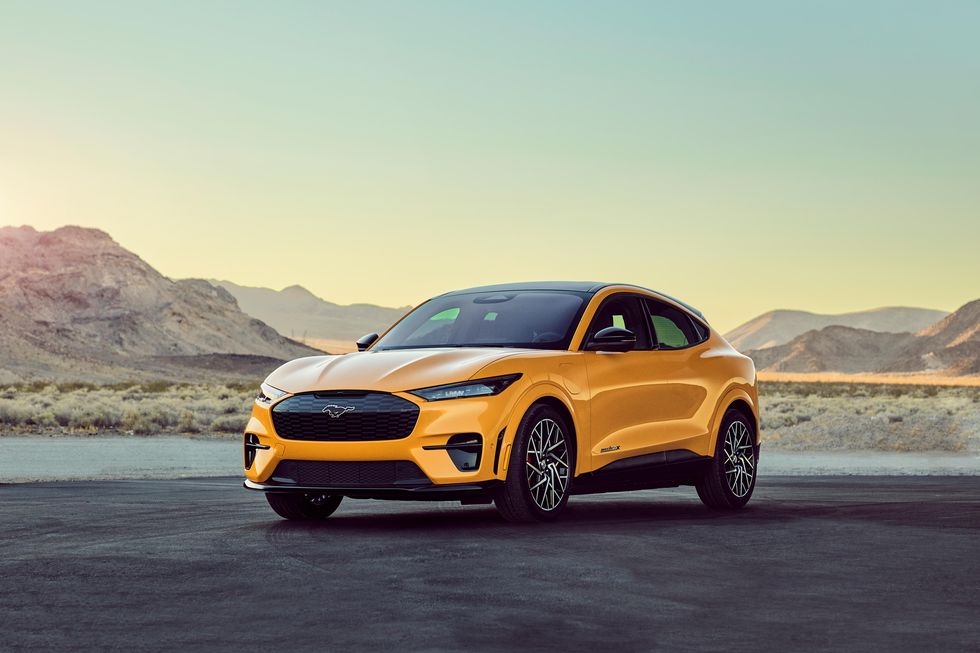